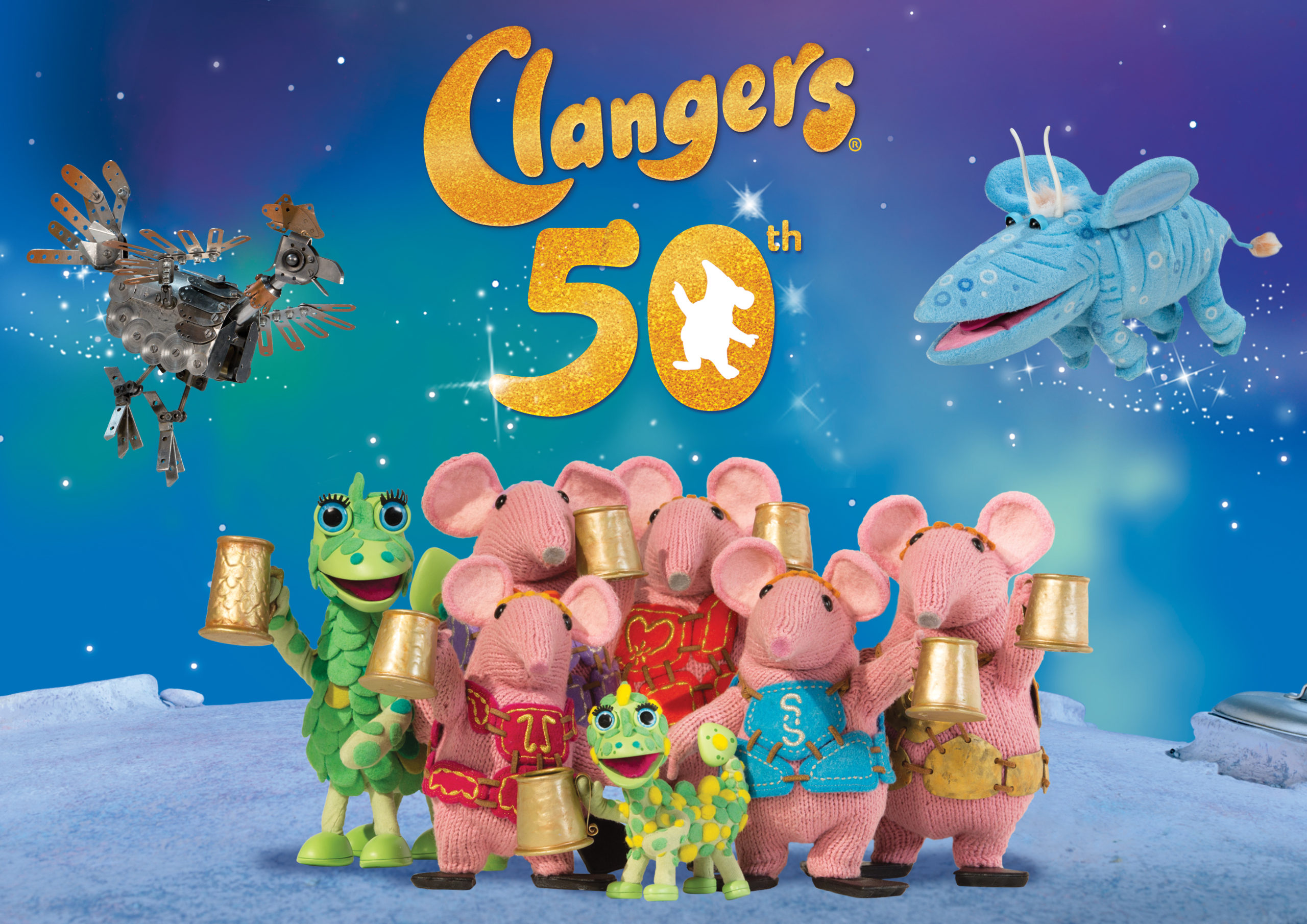 Brand new episodes of the BAFTA winning stop motion animation, will air on CBeebies from 16th November, which is exactly 50 years since Clangers first aired on BBC television in 1969. Narrated once again by Sir Michael Palin, the new episodes will follow the Clangers on a whole host of new experiences and adventures.

In an anniversary landmark, Clangers fans across the globe will also be able to speak directly to the youngest members of the Clangers family, Tiny and Small for the very first time via the new ‘Clangers Talk’ skill on all Amazon Alexa enabled devices. Users will hear a range of wonderful and charming whistle responses, including songs for extra special occasions such as ‘Happy Birthday’ and ‘We Wish You a Merry Christmas’. Just ask ‘Alexa, open Clangers Talk’ to immerse in the wonderful world of Clangers.

No birthday is complete without a party, and on Saturday 23rd November 2019, Clangers will be throwing shapes at the ‘Reduce, Reuse, Recycle’ family rave at the Museum of London Docklands with Big Fish Little Fish. The eco-friendly rave, marks 50 years of Clangers with a special Clangers room where mini-ravers can get creative by decorating plant pots before taking a special pack of Clangers seeds to grow at home, plus lots of eco-friendly fun for all the family including DJ Barry Ashworth (Dub Pistols) on the decks spinning bangin’ tunes from acid house to drum and bass.

The 50th anniversary celebrations continue with the exclusive release of two limited-edition prints by the late Clangers co-creator, Peter Firmin. The two illustrations, which include a detailed sketch of ‘Major Clanger’s Workshop’, a cave full of curious tools and quirky inventions, some harking back to previous adventures and even stories from the original series, and a rarely seen area of the Little Blue Planet, Major Clanger’s ‘Store for Inventions & Parts’. There will only be 50 copies of each print released and are available exclusively on the Clangers official online shop (shop.clangers.com).

Jeremy Banks, CEO of Coolabi Group said: “Here at Coolabi, we are so proud that Clangers is still breaking new ground as the show hits its 50th year. With fantastic developments such as ‘Clangers Talk’, the brand new third series, and Clangers also recently breaking into the Chinese market with Fantawild, we are confident that this iconic pre-school property will continue to stand the test of time and we are looking forward to seeing it grow for many more years to come!”

Clangers airs every day at 6:10pm on CBeebies. New episodes of Clangers will air from Saturday 16th November.