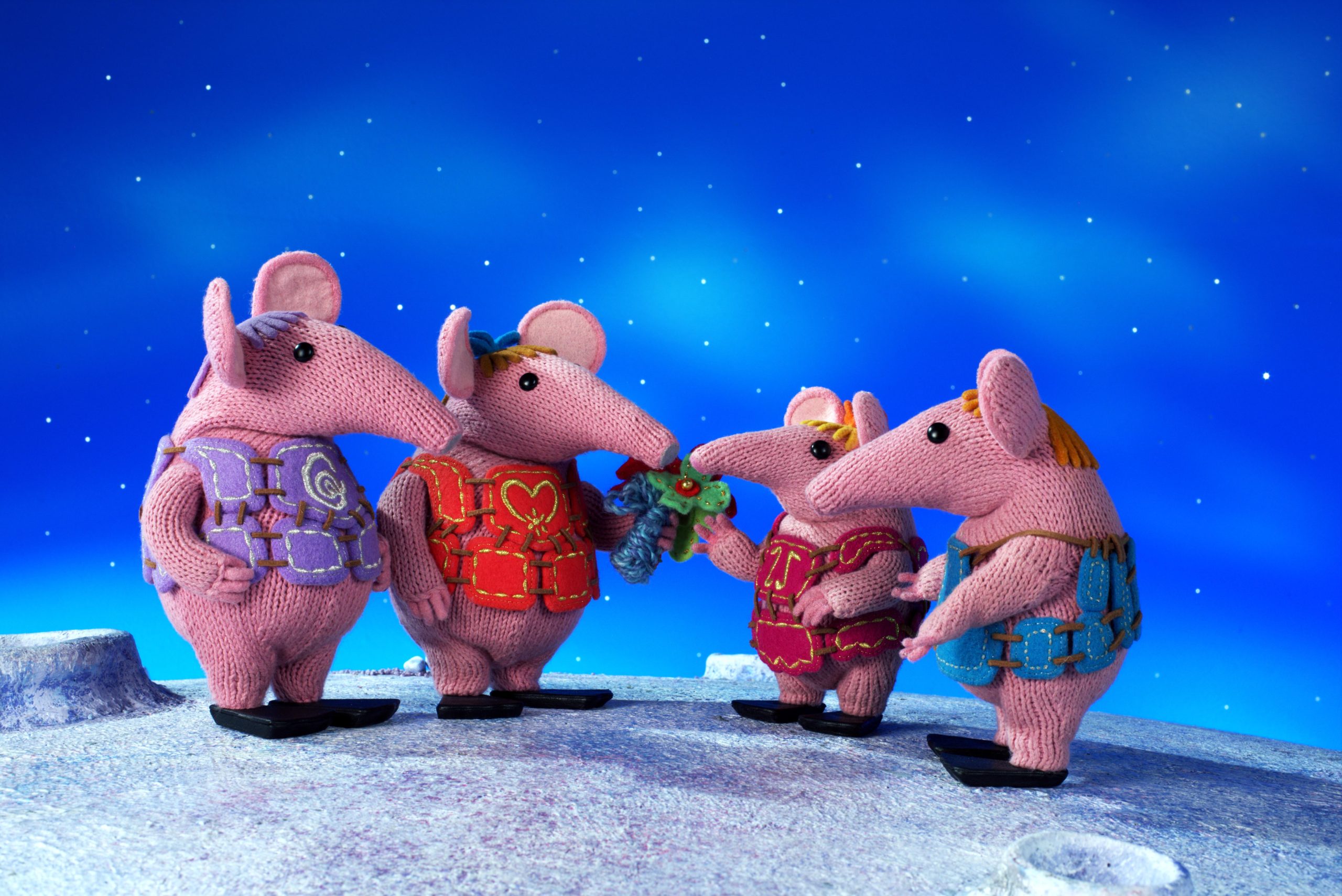 Kindness has been sweeping the nation as #ClangersForKindness, Coolabi Group’s creative brand campaign for its hit pre-school brand Clangers, has generated exceptional consumer reach and engagement.

#ClangersForKindness brand communication integrates TV and radio advertising, YouTube, PR, sponsorship, social and blogger interaction and has been encouraging Clangers fans to ‘Be a Kindness Star’ suggesting how they, and others, can easily become Kindness Stars through simple, everyday actions. To this end, Coolabi Group has been working with Kindness UK, the benchmark organisation for unbiased information about kindness.

To date, over 10,000 kindness wishes have been made and the #ClangersForKindness hashtag has had a reach of two million.

As well as promoting kindness in the lead up to World Kindness Day (13th November) the campaign has been creating awareness about the Clangers brand and products during this key selling period.

Two video ads, one brand and one product, and two toy unboxing films were released, with views to date across Facebook and YouTube reaching almost two million.  The TV campaign was seen by over three million children*, including 1.2 million of the key audience demographic of mums with children 0-3**

The radio campaign ran across 80 stations, including Heart FM and Magic FM in the lead up to World Kindness Day, with a combined reach of over 15 million and generated an estimated 500,000 competition entries in total.

The Mumsnet campaign centred around a discussion on kindness and a competition on the site had nearly 5000 entries, which is double their usual numbers. There was a reach of over 3.7 million unique users on Mumsnet, showing it truly resonated with their members.

Blogger outreach alone drove 14,000 competition entries, with all posts supporting the ‘Be a Kindness Star’ strand of the campaign .The Gingerbread House received the most entries and has an example of the great wishes being suggested.

To inform the campaign, Clangers commissioned a piece of research into kindness, with One Poll, and child development expert Dr Jacqueline Harding, surveying families of pre -schoolers to find out more about how to nurture kindness.

The findings were released to the press and gained coverage across national and regional press, achieving a combined reach of over 36 million with pieces in the Daily Express and Daily Record, plus key parenting titles like Junior. In addition, product PR has been supporting sales and Clangers product recommendations have also featured in the national press.

Toy product sales are already outperforming 2015 sales at key retailers Boots and Toys R Us.  The campaign continues across PR and social and is the pinnacle of an incredible eighteen months for the acclaimed pre-school series. The Clangers series has won multiple television awards, including a BAFTA, consistently hit No.1 in the ratings and launched 52 brand new episodes of the series on CBeebies.

Michael Dee, Director of Content, Coolabi Group, comments: “This campaign has proved that kindness really is infectious, we’ve been absolutely delighted with the campaign’s engagement and the lovely comments and kindness wishes people have shared. Kindness is an integral part of the Clangers brand and will be a continuing campaign theme for 2017.”

Coolabi Group is a leading independent international media group and rights owner specialising in the creation, development and brand management of children’s and family intellectual property rights.  The group has particular expertise in books, television and digital.

The show, created by Peter Firmin and Oliver Postgate first made its debut on BBC Television in 1969, and returned to CBeebies to huge fanfare in June 2015 with a brand new, multi-award winning series featuring Mother, Major, Tiny, Small and Granny Clanger.

The new series of 52 x 11 minute episodes, from international rights owner Coolabi Group, has all the magical, surreal, gentle, melodic elements of the original show and transforms it into an even more vivid, vibrant, technically improved production. The show uses the same stop motion animation techniques as the original creators but with modern-day equipment, technology and a larger team. It is narrated by Michael Palin in the UK and William Shatner in the US.

The Clangers live on a blue planet with holes topped with metal dustbin lids, which flip open with a ‘Clang!’ to reveal steps down to their home beneath the surface of the planet which contains a series of interconnecting tunnels and caves. The new series features the Clangers friends including the Soup Dragon, Baby Soup Dragon, the Iron Chicken, Sky Moos and Froglets.

The music score has been composed by John Du Prez (Grammy and Tony award-winner for Spamalot) and the title sequence recorder player is Sophie Westbrooke, Royal Academy of Music & BBC Young Musician of the Year competition winner (woodwind section).

Clangers currently airs on CBeebies in the UK and Australia, ABC in Australia, and Sprout in the US.

Clangers has a strong licensing programme, with 25 licensees across key categories including toys, clothing, publishing, arts & crafts and toiletries.

Kindness UK is the benchmark organisation for unbiased information about kindness. Kindness UK believes that kindness should form a greater part of everyone’s day to day life and undertakes national initiatives to promote and share kindness with schools, organisations, businesses and the public at large. www.kindnessuk.com