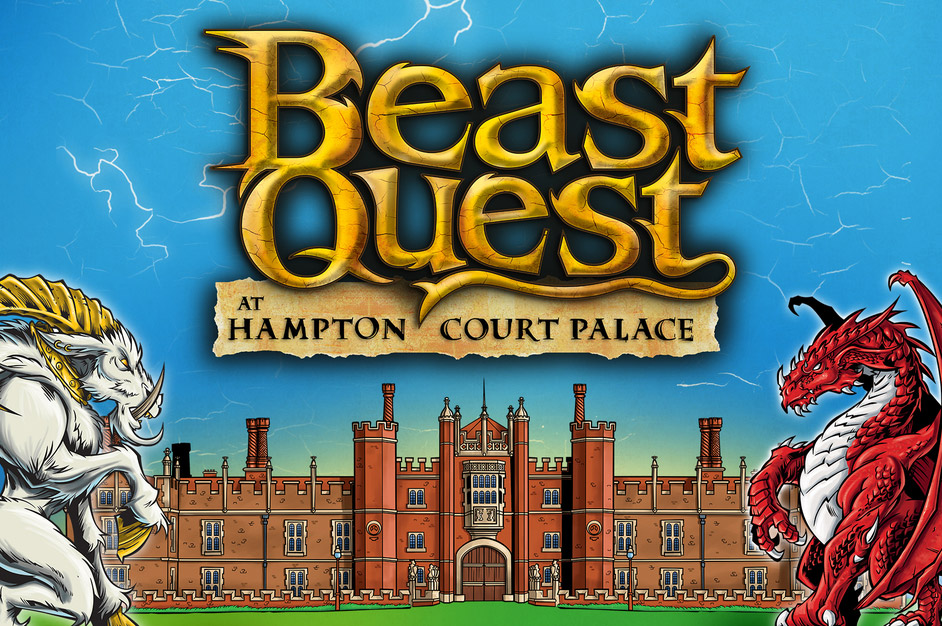 The interactive event is a first for the brand to be produced with the Coolabi Group, based on the best-selling publishing series, which has released over 120 books to date and sold more than 20 million copies globally.

From 20th October, families will be able to meet phoenixes, dragons, wizards, griffins and more, as the best-selling fantasy children’s book series and gaming brand, Beast Quest takes over Henry VIII’s famous former home. The experience will see families pitted against a host of strange and magical beasts that have been unleashed from the Beast Quest home of Avantia throughout the historic Palace.

The experience will take visitors on a real-life Beast Quest through Hampton Court Palace, from the 500-year-old Tudor State Apartments, to the elegant and colourful interiors of the Baroque palace, as families will be challenged to make a ‘team’ and complete a variety of tasks, putting bravery, quick-thinking and new-found skills to the test. The event story narrative has been exclusively created by the writing talent at Working Partners, a Coolabi Group company, before being developed into a scripted piece in partnership with Historic Royal Palaces and the Rose Theatre in Kingston.

Michael Dee, Director of Content, Coolabi Group comments: “Beast Quest is a fantastic brand with amazing book sales and app downloads. After launching the console game earlier this year we wanted to produce something new and interactive that would bring families together to experience the Beast Quest magic directly.”

He continues: “Collaborating with Historic Royal Palaces at such an historic English landmark as Hampton Court has been fantastic. We have wanted to bring Beast Quest to life for a long time and the team at the Palace have been working extremely hard to make the experience as magical as possible.”

Alexandra Rowe-Mayer, Events and Partnerships Manager at Historic Royal Palaces, said, “We’re delighted to be partnering with Beast Quest to bring the stories of Hampton Court Palace to life in a fun and innovative way. The beasts that questers will encounter are all inspired by paintings and sculptures within the palace itself, and we’re sure that this unique experience will provide a brilliant family day out this October half term.”

This new partnership follows the recent announcement with Signature Publishing for a special edition We Love Beast Quest magazine, also being released in October. Beast Quest brand extensions already include the console game as well as the mobile-gaming app, co-produced with Miniclip.

The Beast Quest experience at Hampton Court Palace is suitable for all the family and takes around 1 hour and 15 minutes to complete. The experience runs daily between 20 – 28 October 2018 and is included in palace admission.