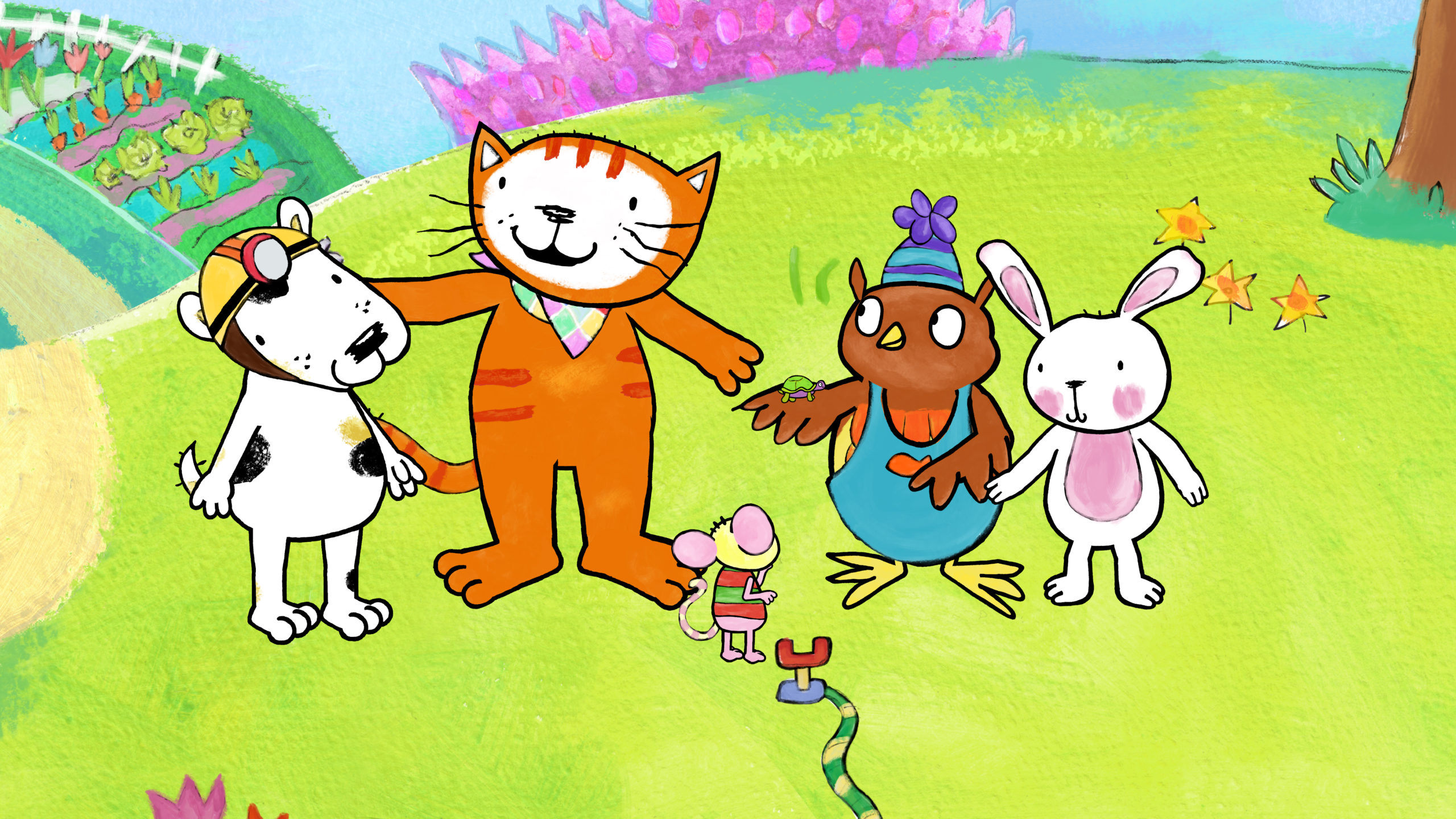 Poppy Cat has been airing on Sprout since November 2011 and will be joining the NBC KIDS programming lineup designed specifically to address the developmental needs of 2-5 year olds, featuring educational series that promote active, healthy lifestyles for younger children.

Zoë Scurfield, Head of Production and Development at Coolabi, says: “Getting a place in the new NBC KIDS block is a major achievement for Poppy Cat and we are delighted that her adventures will be seen by even more kids in the US. This latest deal highlights the ever-growing international appeal of Poppy Cat.”

This new platform takes Poppy Cat into more than 110 million US homes, further increasing the exposure of Poppy Cat in the US which already has a licensing presence through local agent The Joester Loria Group, and is launching on DVD next Spring through an agreement with Entertainment One.

UK terrestrial channel CITV has recently acquired the 52 x 11 minute animated series, which has been airing successfully on commissioning broadcaster Nick Jr UK since May 2011, and will be broadcast on CITV in the UK from this May.

Poppy Cat has also been sold to a number of broadcasters in other international territories including France 5, Disney Junior in Spain and Latin America, Nick Jr Australia, RTE Ireland, across Scandinavia, and TVO, SCN and Knowledge Network in Canada.

Poppy Cat brings to life the wonderful world of the preschool children’s character created by Lara Jones in the book series that has sold over 2.5 million copies worldwide. The series is co-produced by Coolabi’s television production arm Coolabi Productions and the Emmy shortlisted and BAFTA award-winning King Rollo Films.

Coolabi is a leading provider of high quality children’s and family entertainment, internationally, across all media.

Coolabi’s expertise lies in development and brand management, particularly through the channels of TV production and licensing and merchandising.

About The Joester Loria Group