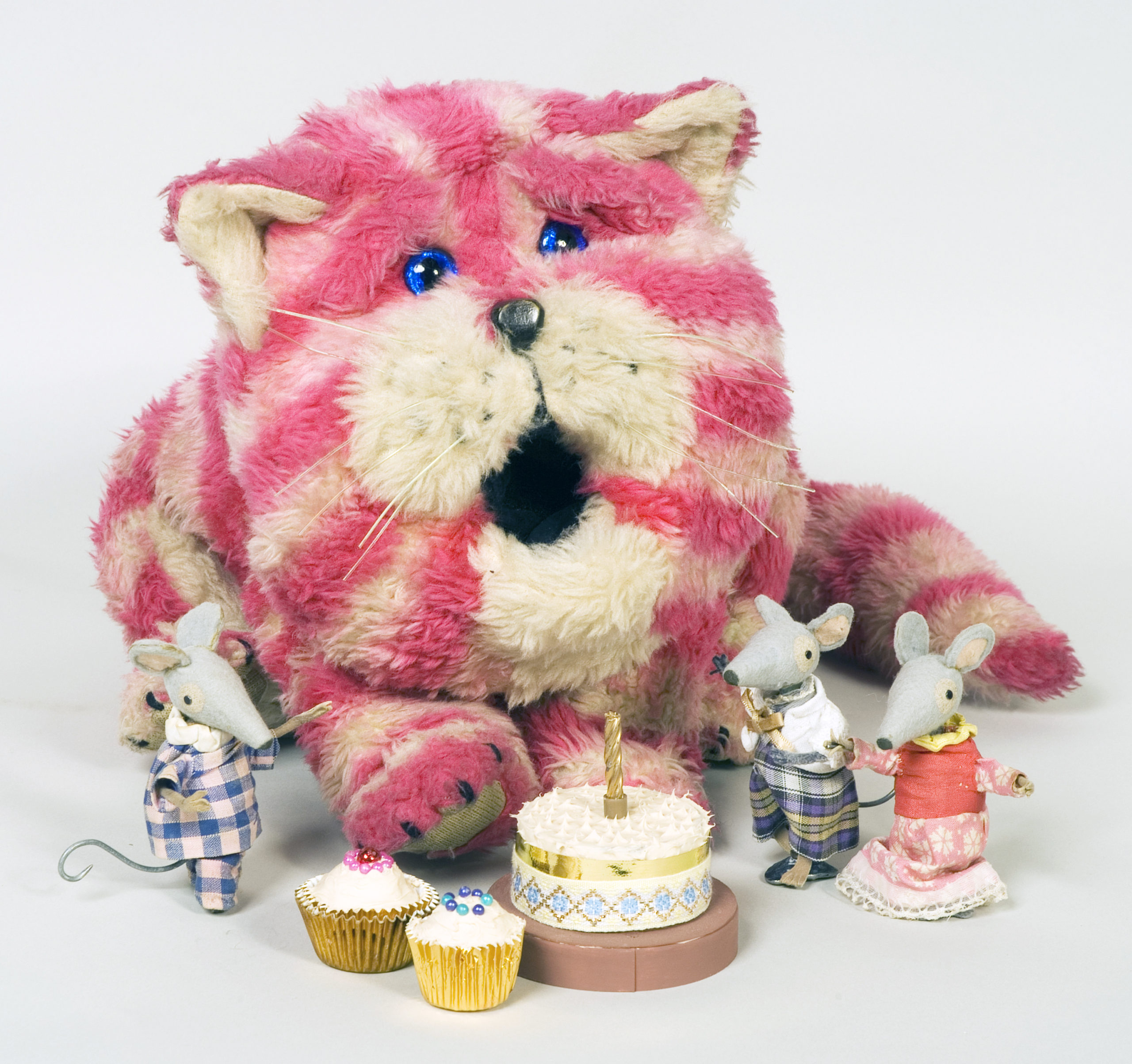 Much-loved iconic cat Bagpuss is celebrating his 40th birthday on 12 February, the anniversary when the show first broadcast on the BBC in 1974.

Fans of that “old, saggy cloth cat, baggy, and a bit loose at the seams” will be able to join the celebrations throughout the year by watching HD, digitally re-mastered episodes of the original series at Picture House Cinemas throughout the UK. New HD DVDS, books and merchandise will also be launching in 2014 to commemorate the landmark anniversary.

Created by children’s entertainment veterans Oliver Postgate and Peter Firmin, also responsible for cherished classics like Clangers and Ivor the Engine, Bagpuss is still fondly remembered by generations of Britons today. Coolabi, the company which represents the rights to the brand, has kept this cultural heritage alive, and the 40th year will see a range of Bagpuss themed product available to fans – including collectable Royal Mail stamps, pet accessories, clothing, and even garden  seeds.

Although just 13 episodes of Bagpuss were made, the shows ran for 26 weeks a year for 13 years, and the cuddly cat’s fan base continues to grow. Channel 5 recently voted Bagpuss the third greatest kids TV programme of all time, and best character show, in a nostalgic countdown of the 50 best British children’s TV series over the past 60 years.

Michael Dee, Director of Content at Coolabi says: “Bagpuss has been one of the most beloved children’s characters for 40 years, and we are thrilled that he remains as popular as ever with fans of all ages. We are excited to be able to continue the legacy of Bagpuss, digitally re-mastering episodes in HD and screening them in cinemas across the country so the magic of his stories can reach new generations of fans.”