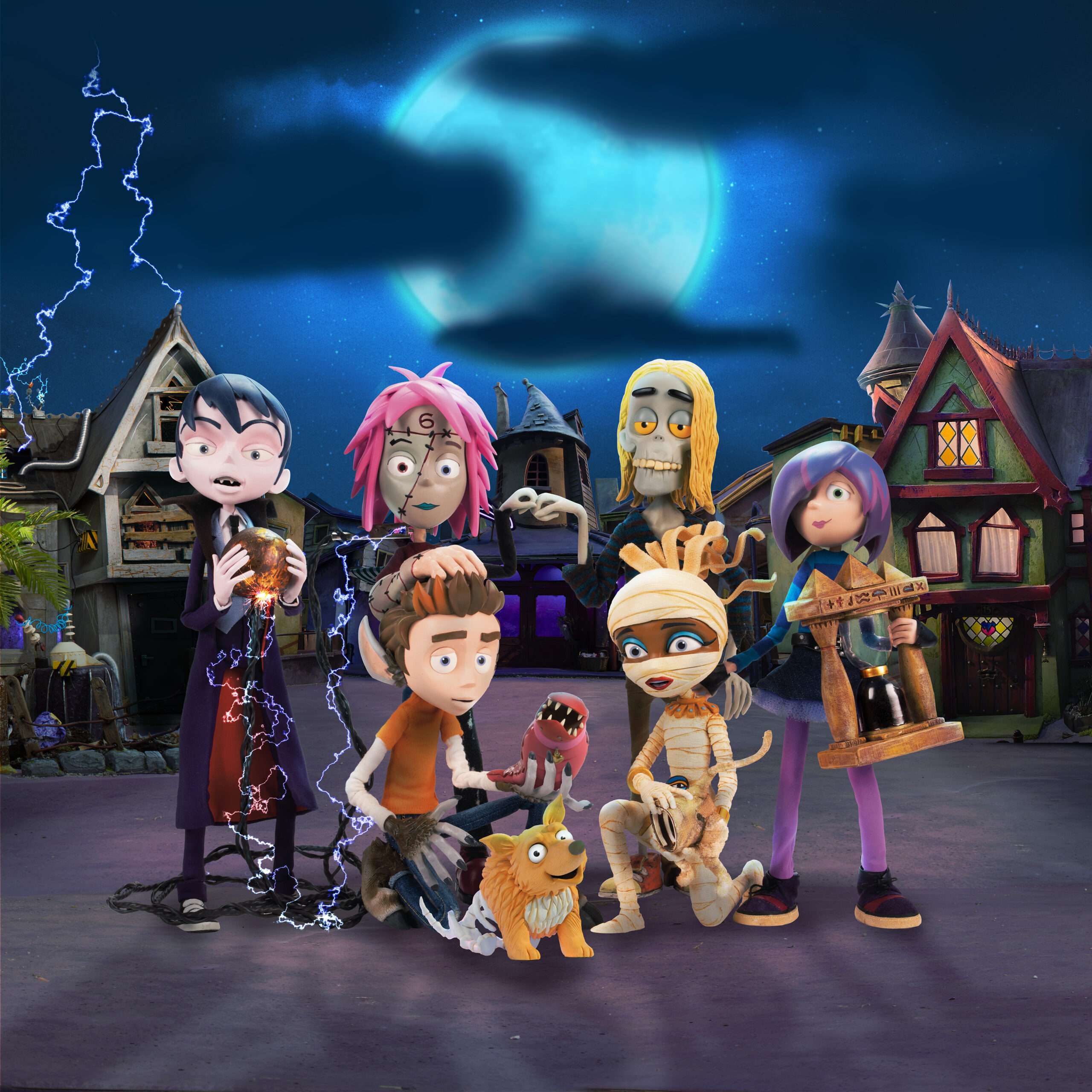 Independent international rights owner, Coolabi Group has announced today that CBBC is to welcome Series 2 of spook-tastic stop-motion animation, ‘Scream Street’ back to the neighbourhood.

Based on the hit book series of the same name by Tommy Donbavand, the all new, fast-paced and hilarious 26 x 11’ series features a whole host of new characters and rib-tickling adventures that are guaranteed to spook kids silly this Halloween.

The Scream Street gang includes Luke the teenage werewolf, Resus the Vampire, savvy 4,000 year-old Mummy, Cleo, Luella the trainee witch, surf-dude zombie Doug and Frankenstein-style creation Six. This season they go on their most outrageous adventures yet, featuring thrills, chills and a lot of laughs.

Six is a brand-new character for Series 2, who is the same age as most of the gang, but born yesterday, and along with Luella and Cleo, forms part of Scream Street’s brand-new girl squad. She moves to Scream Street with her creator, Dr F, and eccentric scientist and the latest antagonist to the Scream Street crew.

From laugh out loud jokes to friendship mishaps, new spells to strange and unusual everyday problems, the all-new episodes see the gang come up against a whole host of silly spooks as they battle to save Scream Street, usually from one of evil Otto’s dastardly tricks, or one of their own sticky situations.

Jeremy Banks, Chief Executive of Coolabi comments: “In a world where audiences of all ages are falling in love with strange and spooky stories, Scream Street is a fun-filled, weird and extremely wonderful show for younger audiences, brimming with tricks, treats and laugh-out-loud humour for all the family.”

The hit show, produced by Coolabi Group, is being brought back to life by showrunner Giles Pilbrow (Spitting Image and Horrible Histories) and is co-produced and animated by award-winning animation studio Factory (Clangers, Strange Hill High) in Altrincham.

Coolabi will be working with ZDF Enterprises to bring the hit animated comedy series to kids across the world.

Catch all new episodes of Scream Street on CBBC this Autumn.