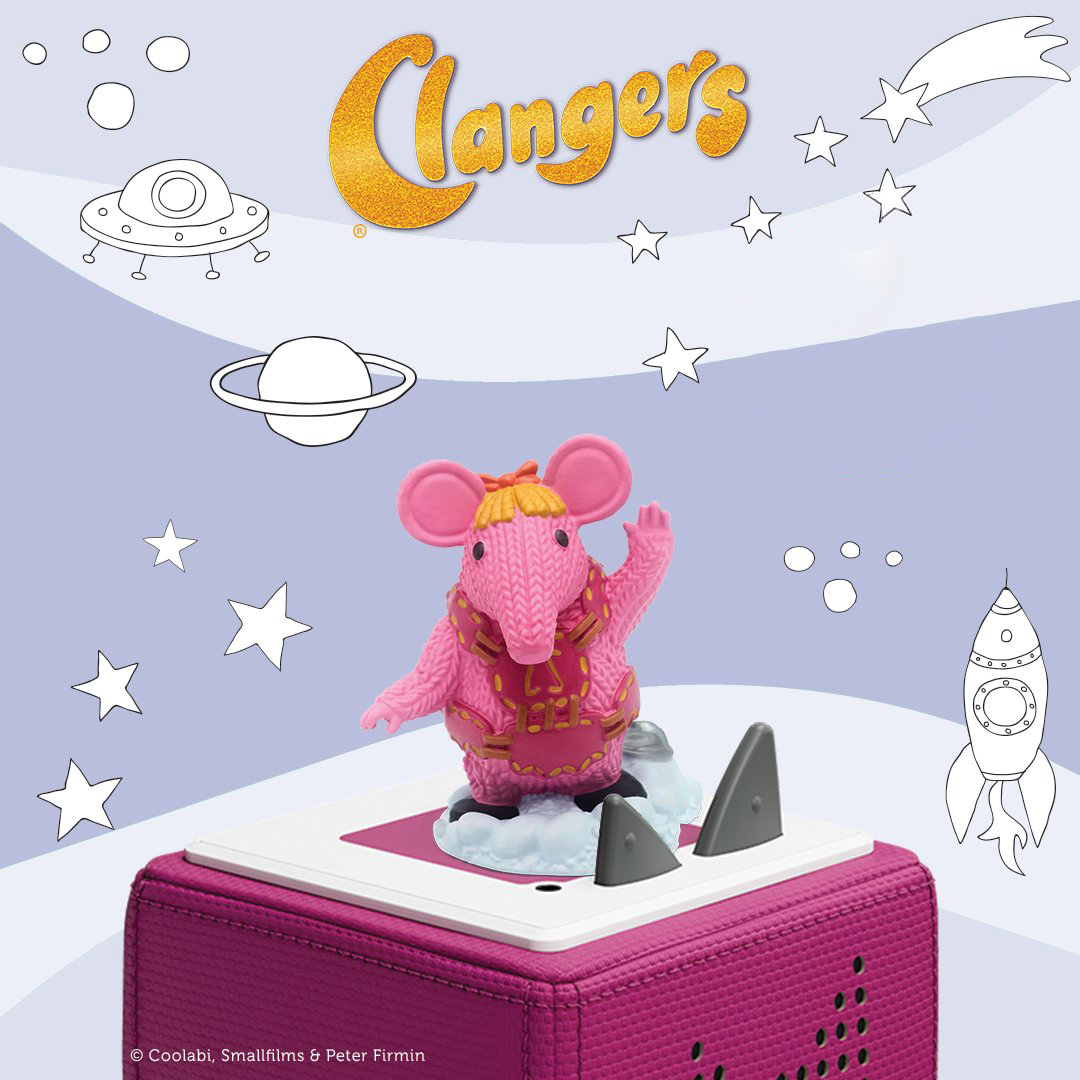 Children’s audio system, tonies®, has announced today the launch of its new ‘Clangers’ Tonie, that will be released for sale on the 11th August.

Narrated by Sir Michael Palin, , the brand-new Clangers Tonie figurine can be placed on top of the Toniebox audio system to transport little listeners instantly to the unique and imaginary world on the little blue planet – ‘that is somewhere out in space’.  The Clangers are unique, imaginary creatures; a loveable close-knit family with flappy feet and long pink noses.

As a great introduction to the CBeebies TV show for little ones, the new Tonie plays six magical adventures that take children on an exploration of the Clangers’ planet under the stars, where they will be joined by Small, Tiny, Mother, Major and Granny Clanger. Little ones will rejoice as they follow the Clangers into misadventure, with the family’s inquisitive nature bringing them face to face with other magical creatures in the audio stories.

Now, more than ever before, parents are searching for alternative ways to entertain, educate and inspire their children. The new ‘Clangers’ Tonie will spark children’s imagination with its immersive,  enchanting content, that is totally screen-free.

As well as encouraging independence, the magical stories told by the new ‘Clangers’ Tonie will inspire conversations and the development of emotional bonds with parents. In fostering this deeper connection, tonies® keeps little ones entertained in a way that is meaningful, enriching and, most importantly, fun!

Jeremy Banks, CEO of Coolabi Group said: ‘We are absolutely over the moon to be announcing this new partnership and the ‘Clangers’ Tonie release. The partnership celebrates all the fantastic music and sounds that make Clangers so magical and unique.’

Pinky Laing, UK Partnerships at tonies® comments: ‘tonies® is committed to helping children through the power and magic of storytelling. We are delighted to be working with Coolabi Group to release our new the Clangers audio Tonie for families. Telling the nostalgic, loveable and iconic tales of the pink, knitted creatures that live together on a little blue planet, we hope that the new Tonie will develop bonds amongst parents and their little ones.

Fostering a love of narrative and adventure, the launch of our new Tonie continues our commitment to engage the next generation by introducing them to beloved classic stories, such as The Clangers.’

Tonies are available from selected toy retailers, bookshops and via the tonies® website www.tonies.com, RRP £14.99.

There are two types of Tonies available:

The Tonies and Tonieboxes operate through a wireless digital system which connects to an NFC chip within each Tonie using Wi-Fi. Each Tonie is beautifully hand painted, making them desirable and collectable for kids.