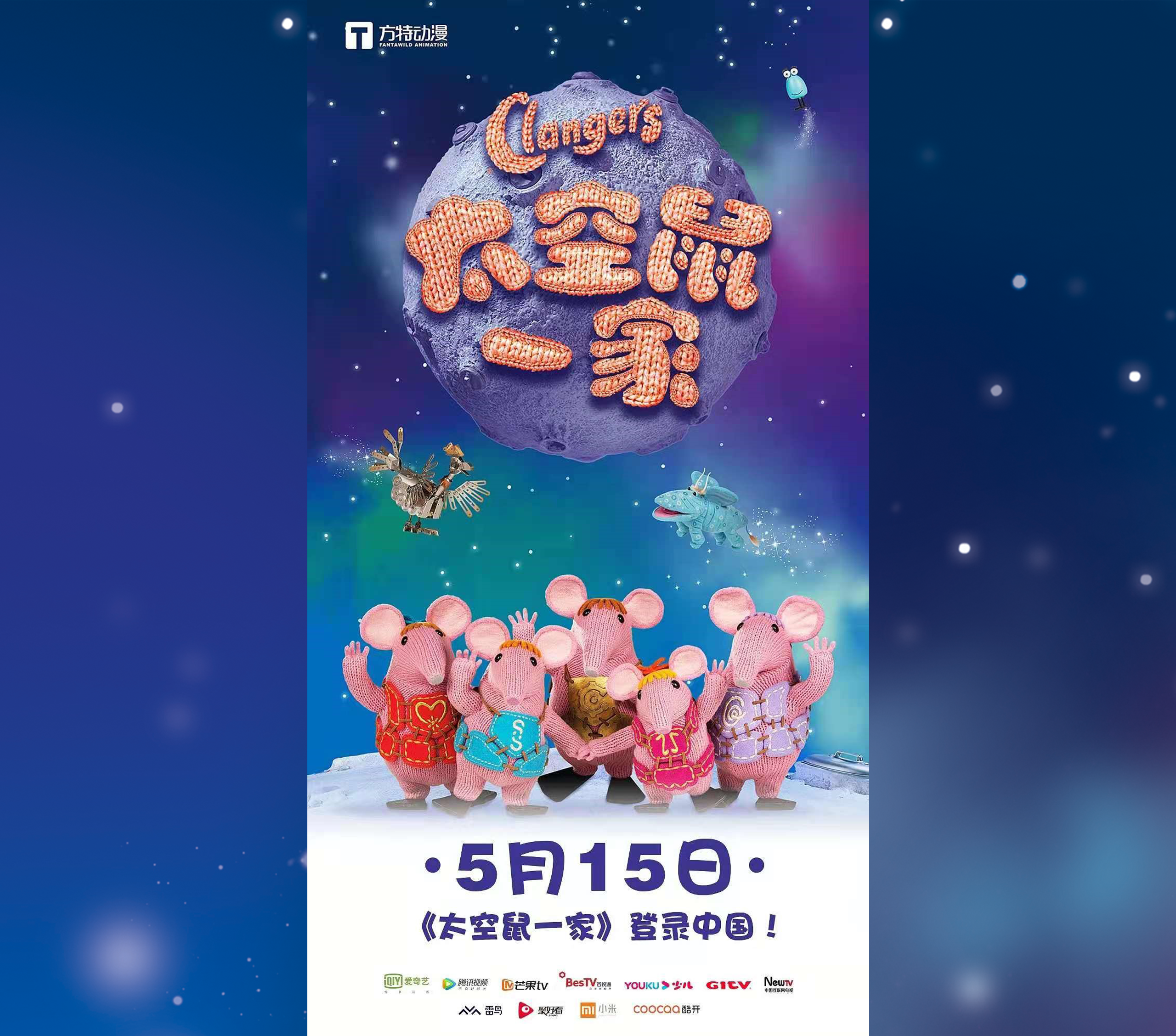 Seventy-eight episodes from Series 1 and 2 of the award-winning stop-motion animation are being uploaded across nineteen days, following the launch on 15th May, with new episodes coming daily leading up to Children’s Day on 1st June 2021. With an estimated potential audience of 700 million people across China, the show will be promoted across all of the platforms, with a supporting promotional push on social media platforms WeChat, Weibo and TikTok.

Coolabi began its partnership with Fantawild back in 2019, since which Fantawild has also engaged with a number of key licensees to introduce Clangers products to the Chinese market throughout the year.

Coolabi Group CEO, Jeremy Banks commented: “We are delighted that Fantawild has been successful in placing Clangers across all of the major VOD channels in China, and look forward to introducing our lovable ‘space mice family’ to children across China following the launch on 15th May.”

Clangers is an award-winning stop-motion animation about a family of lovable, pink, mouse-like creatures who communicate in whistles and live on the Little Blue Planet. Since the new series aired in 2015, it has won a series of major international honours including BAFTA, Pulcinella Awards and Kidscreen awards and is now airing its third series on CBeebies in the UK.

Fantawild Animation Inc. is the most influential animation studio in China, specialising in the whole industrial chain from creation and production to global marketing, it has created China’s most popular cartoon “Boonie Bears”, and its merchandise sales reach over 467 million USD.

Daisy Shang, Executive President of Fantawild Holdings Inc commented: “After Clangers’ long-running success in the UK and wide distribution in other parts of the world, we are very excited to share this beloved brand with Chinese audiences. Welcome to the Fantawild family and welcome to China!”

Ben Li, Deputy General Manager of Fantawild Animation Inc also said: “We are so grateful to now officially have Clangers as part of our team. The launch day on the 15th May was such an exciting moment for us. We can’t wait to see more and more of our audience grow to love Clangers as much as we do here at Fantawild.”

Coolabi Group is a leading independent international media group and rights owner specialising in the creation, development and brand management of high-quality children’s and family intellectual property rights. The company owns the rights to over 200 book series and 20 TV series. Its shows have aired in more than 140 territories on channels including ABC, Cartoon Network, CBeebies, CBBC, Disney, Netflix, and Nickelodeon.