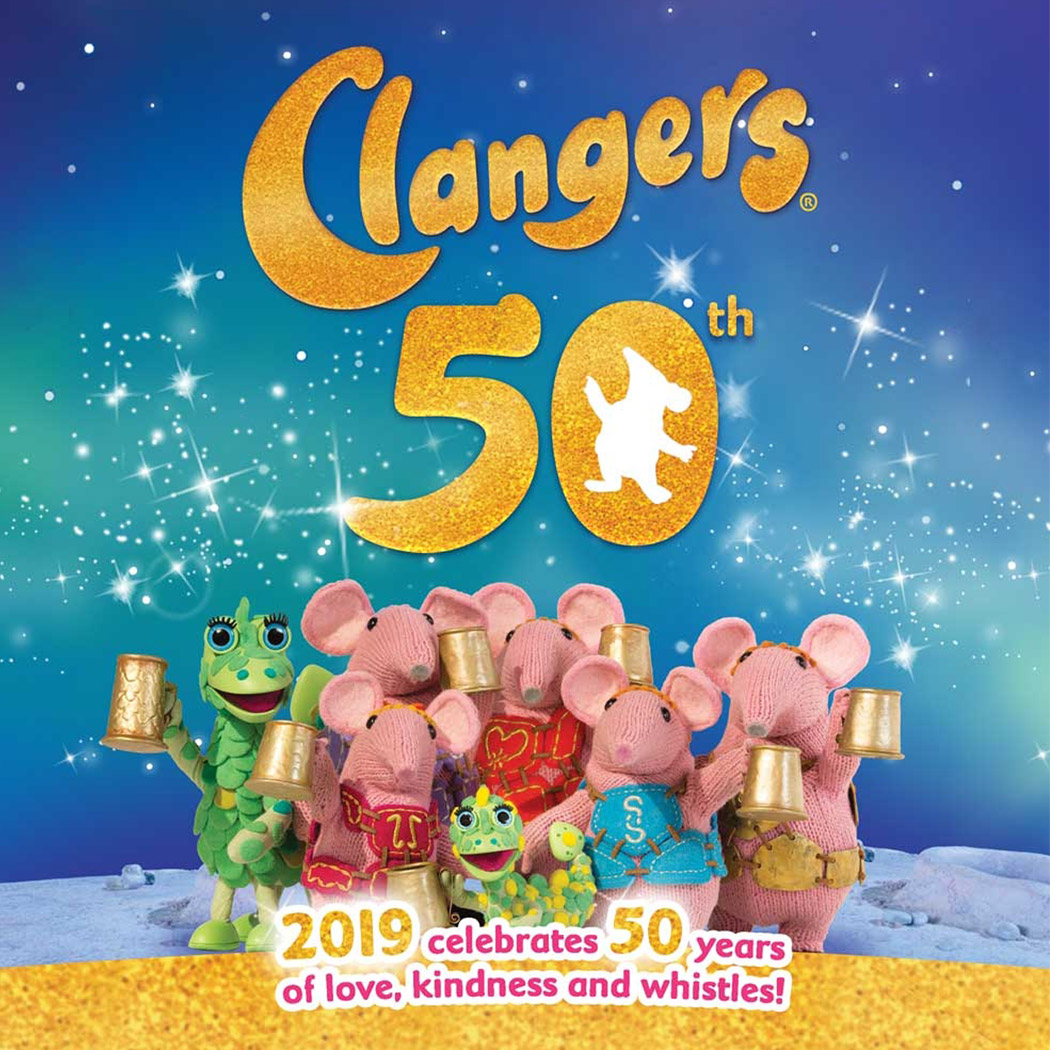 Coolabi Group are celebrating 50 years since the first transmission of Clangers with a brand-new third series of the BAFTA-winning show and a series of special events.

The new series launches on CBeebies on 20th July with special commemorative episode, ‘The Visitor’, timed to coincide with the 50th anniversary of the Moon landing that inspired the Clangers.

Narrated once again by Sir Michael Palin, series three follows the Clangers on a host of new adventures, with friends old and new, and sees the return of the Eggbots, the Wols setting up their own radio station, a supernova above the Clangers’ planet and a happy event in the life of the Skymoos.

‘The Visitor’ features an astronaut, inspired by renowned space scientist and life-long friend of the Clangers, Dr Maggie Aderin-Pocock MBE, who lands on the Clangers’ Little Blue Planet, in a storyline that pays homage to the original moon landings episode, ‘The Tablecloth’.

The special episode will also feature in a series of screening events on 20th July. Bluedot festival in Cheshire will feature a panel discussion hosted by Dr Maggie Aderin-Pocock, who will be joined by Clangers executive producer Dan Postgate, the son of original Clangers co-creator Oliver Postgate, series producer Dan Maddicott from Coolabi Group, and series co-directors Jo Chalkley and Chris Tichborne from animation studio Factory. The discussion, which will cover the history of Clangers, the new series and the making of both Moon landing episodes, will be live streamed via the Clangers official YouTube channel.

The bluedot panel event will be followed by a Clangers themed dance party featuring a special, one-of-a-kind DJ set of cosmic proportions and will be hosted by family rave specialists, Big Fish Little Fish.

The Science Museum in London will also be celebrating the landmark anniversary with a screening of both Moon landings episodes, introduced by series narrator Sir Michael Palin. Sue Horne from the UK Space Agency will also showcase some exciting scientific experiments for families.

The Clangers’ 50th anniversary celebrations continue with the exclusive release of a limited-edition print, ‘Once in a Blue Moon [Maybe Twice]’, which is an illustration of the Little Blue Planet by the late Clangers co-creator, Peter Firmin. The fifty numbered prints are available to purchase now from the Clangers online shop (shop.clangers.com).

Jeremy Banks, Chief Executive at Coolabi Group comments: “Clangers is an iconic and growing pre-school property that is just as relevant today as it was fifty years ago. The show has an enduring magic and charm and we are absolutely over the moon to be marking this fiftieth anniversary with so many exciting events, a new third series and the limited-edition release of Peter Firmin’s beautiful illustration.”

He continues: “We have an exciting year ahead and we shall look forward to more celebrations to come later in the year when the brand officially turns 50 on 16th November.”

Clangers will also be part of a very special CBeebies Prom as CBeebies and BBC Radio 3 take audiences on a musical journey to the moon with live orchestral music. Presented from the Royal Albert Hall the event will be hosted by some of CBeebies’ favourite presenters including YolanDa Brown, Maddie Moate and Justin Fletcher, as well as juniors and the first CBeebies Prom Choir made up of 400 voices.

In addition, Clangers will be hosting the chill out zone at the BBC Summer Social 2019 at Croxteth Country Park in Liverpool on Saturday 3rd and Sunday 4th August. Families will have the opportunity to watch Clangers episodes, make a wish on the Clangers’ kindness tree, help water the plants, plus complete the maze to find the secret Clangers garden.

There will be more celebrations to come for the Clangers birthday on 16th November, which will be announced very soon.

The first episode of the new Clangers series, ‘The Visitor’ will air on Saturday 20th July at 6.10pm on CBeebies.

Clangers airs every day at 6:10pm on CBeebies.