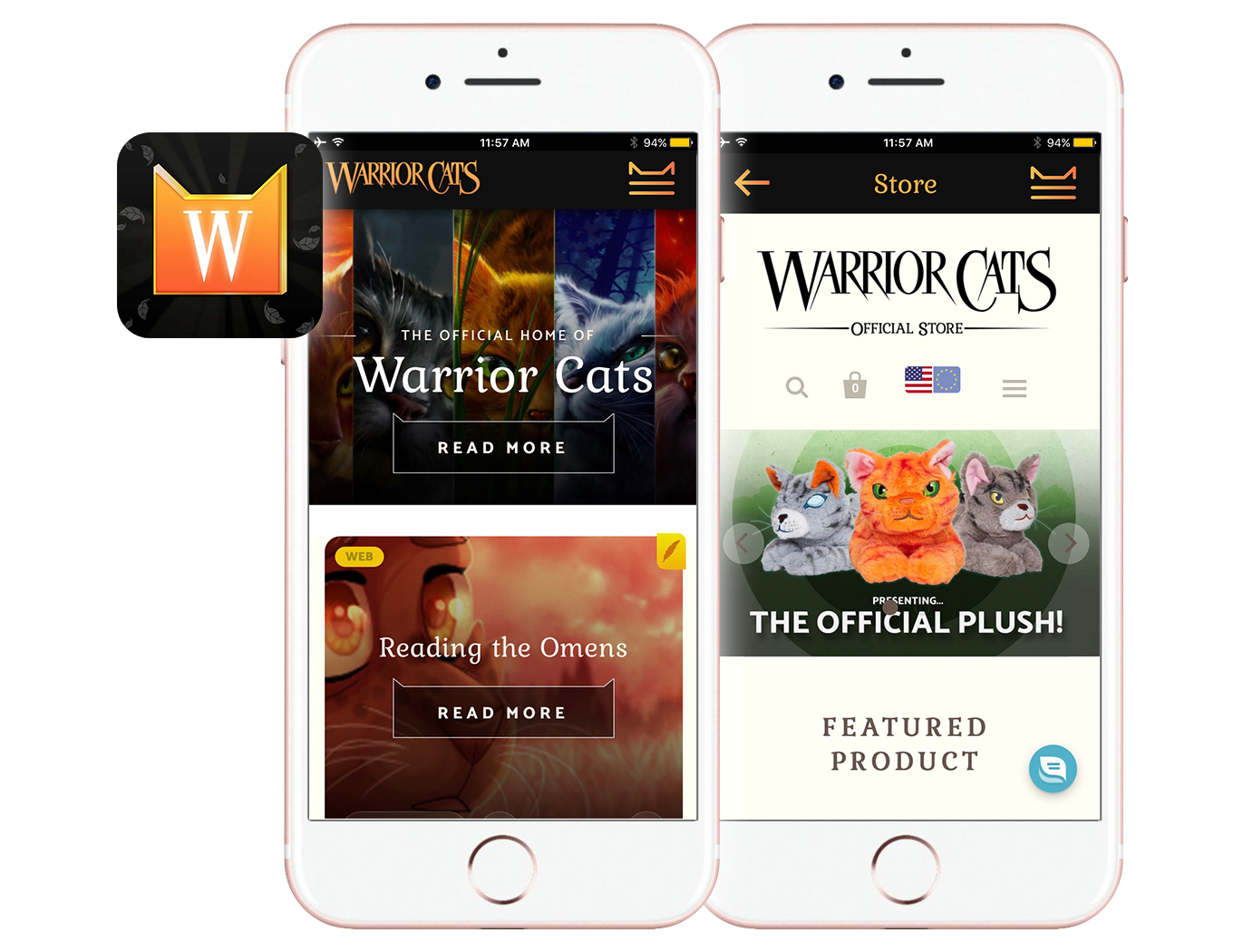 Independent international media group and rights owner, Coolabi Group is celebrating the significant growth of its global Warrior Cats brand (Warriors). Since the launch of the Warriors online hub and merchandise store in January 2019, the site has attracted over 1.25 million unique users.

WarriorCats.com is the official digital destination for Warriors’ colossal and ever-growing global fan community which has also accumulated over 125,000 registered fans and counting.

The merchandise store sells a wide range of apparel, backpacks, keychains and a brand-new plush range. Over 80,000 fans voted in a series of polls which determined that large plushes of Jayfeather, Firestar and Graystripe were created, all of which sold out within four days of launching on the store

Building on this success, this week Coolabi launched a brand-new mobile app, developed with agency, Kids Industries. The new app increases accessibility, allowing users to see and react to a feed of Warriors content including fan art, exclusives from author Erin Hunter, quizzes, polls and more, plus access the official merchandise store whilst on the move.

It allows the Warriors team to communicate directly with the brand’s fan-base, and users can opt in to receive notifications to be updated with key book releases, events, offers and promotions.

Naomi Dare, Director of Digital at Coolabi Group said: “The growth of Warrior Cats over the years and especially since the launch of the online hub, has been absolutely amazing. To see the Warriors fanbase become a thriving phenomenon just demonstrates how millions of people across the world have become captivated by Warriors and this new app will give fans a more streamlined way to explore new content from hub on their mobiles.  We can’t wait to announce more initiatives in 2020!”

The announcement follows the recent news that WarriorCats.com has just been nominated for ‘Best Website’ in the Digital – Kids category at the Kidscreen Awards 2020.

The new “Warrior Cats Hub” app is available to download now from the Apple App Store and Google Play.

WarriorCats is an epic fantasy adventure book series about five clans of wild cats – ShadowClan, RiverClan, ThunderClan, WindClan and StarClan.  The series was created by Working Partners, a Coolabi Group company. The Warriors books have become a publishing sensation with over 40 million books sold to date and published in over 30 languages.

The latest book, ‘The Broken Code: The Silent Thaw’, which is distributed by Harper Collins in the US, recently debuted at No1 on The New York Times’ Children’s bestseller list.