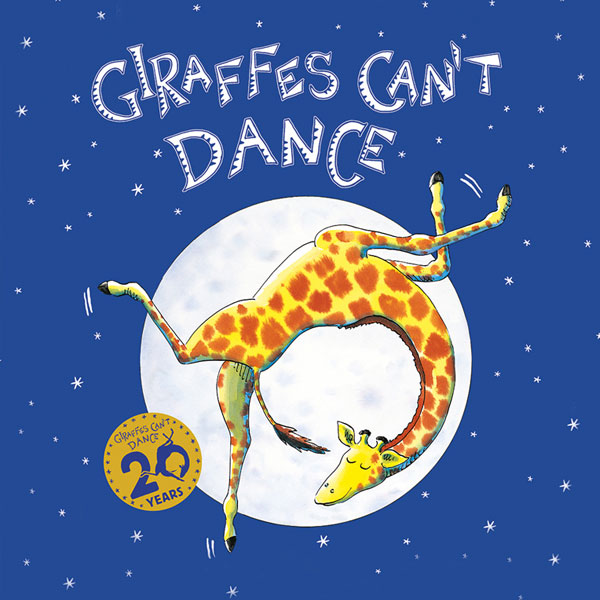 Written by Giles Andreae and illustrated by Guy Parker-Rees, Giraffes Can’t Dance celebrates its 20th anniversary this year. It is published by Orchard Books (part of the Hachette Children’s Group) and has been translated into 34 languages, selling over 10 million copies worldwide.

Giraffes Can’t Dance promotes self-esteem in young children by championing the important and universal message of acceptance and self-belief.

Allison Watkins, Director of Consumer Products and TV Distribution at Coolabi Group comments: ‘’Giraffes Can’t Dance is such a beloved book all over the world and remains one of the best-selling picture books of the last 20 years. I am delighted that Coolabi Licensing have the opportunity to extend this wonderful book in to merchandise for the very first time. The beautiful colour palette and wonderful characters created by Giles and Guy will work across all product to delight boys and girls across the world.’’

The news follows the recent announcement of the new Giraffes Can’t Dance stage adaptation for Christmas 2019. The Made at Curve production will run in the Curve Rose Theatre in Leicester from 9th to 29th Dec this year and will be produced in association with Hachette Children’s Group and Coolabi Group.

On top of Giraffes Can’t Dance, Coolabi Group own certain rights for a large number of Giles Andreae’s children’s books, including the much-loved Rumble in the Jungle, Commotion in the Ocean, Farmyard Hullabaloo, There’s A House Inside My Mummy  and The Lion Who Wanted to Love, plus many more.