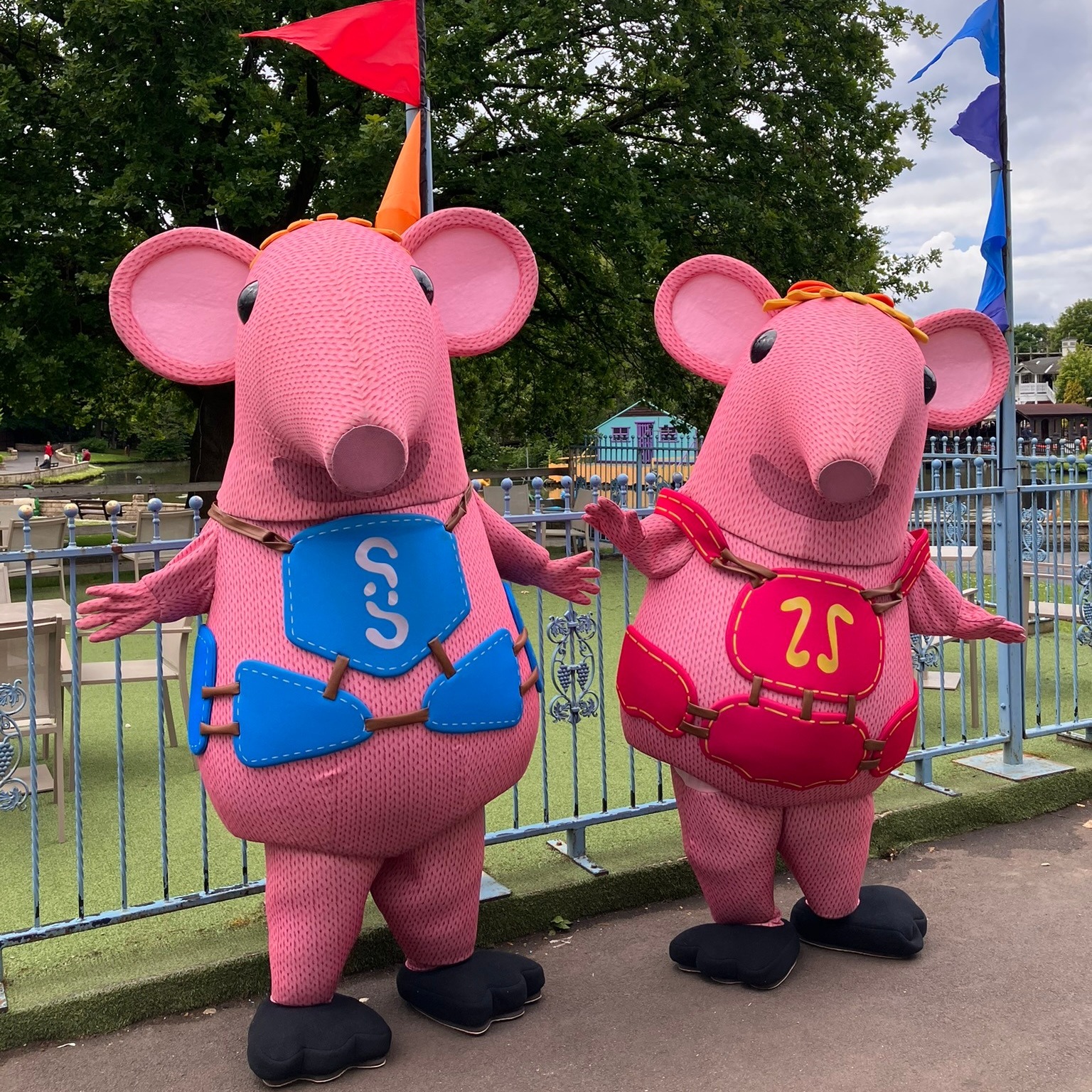 Families are in for a treat at Gulliver’s World this summer with the return of favourite characters from the BAFTA and Broadcast award-winning children’s TV show, Clangers.

Tiny and Small Clanger, the loveable, pink, mouse-like creatures who communicate in whistles and live out in space on their Little Blue Planet, will be making daily appearances at the Warrington theme park resort until September 4.

As well as the chance for young guests to meet the ‘out of this world’ characters, the resort will host an exclusive Clangers stage show.

The hugely popular show, originally created by Peter Firmin and Oliver Postgate, first made its debut on BBC Television in 1969, and returned to CBeebies in 2015 with three brand-new series and a total of 104 new episodes to date, all available on the BBC iPlayer.

The return of the Clangers comes after Gulliver’s Theme Park Resorts extended its partnership with Coolabi Group across its four UK resorts until December, 2023.

Craig Clews, resort director at Gulliver’s World, said: “It’s a real pleasure to welcome these very special guests back to Gulliver’s World. Clangers is a classic British show, well-loved by young and old, so we’re thrilled Tiny and Small will be making daily appearances and performing in an exclusive stage show throughout the summer.”

Dean Kimberley, director of loyalty and marketing at Gulliver’s Theme Park Resorts, said: “We’re thrilled to extend this important partnership with Coolabi Group which will see the Clangers continue to make regular appearances at Gulliver’s resorts.

“We have a very productive relationship with Coolabi and creative ideas about how to develop this partnership even further. Our guests love The Clangers so we’re so pleased they will continue to bring families magical moments at Gulliver’s.”