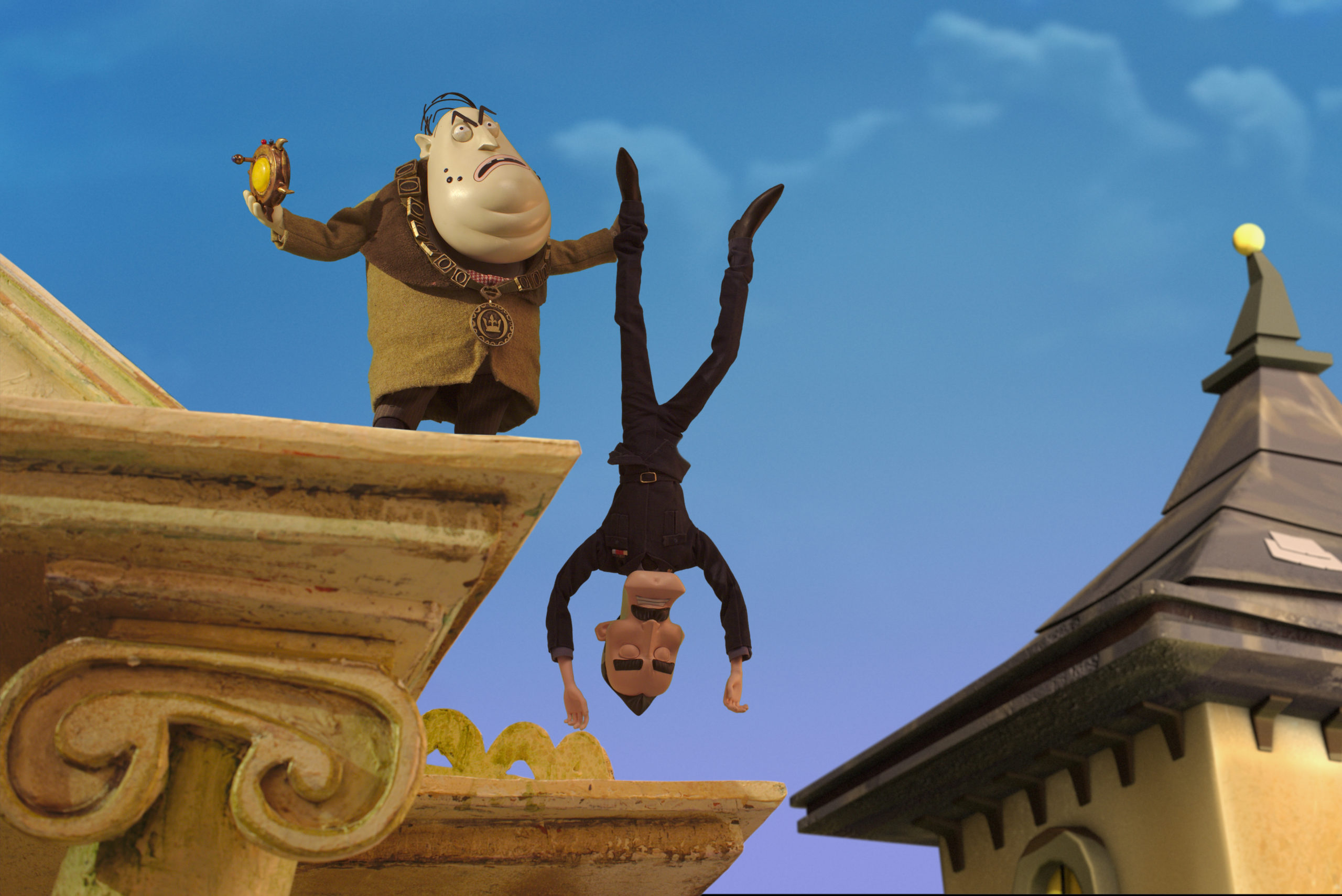 Scream Street, the fast-paced, hilarious stop-motion show, based on the hit book series of the same name, follows Luke Watson, a regular teen apart from the werewolf gene, and his best friends, vampire Resus, and sassy 4,000 year old mummy martial arts expert Cleo, on a whole host of new spectacular and spooky adventures.

Luke, as ever, is voiced by Tyger Drew-Honey, with John Thomson, Debra Stephenson,
Claire Skinner, Rasmus Hardiker, Tala Gouveia, and Jim Howick all returning to play his friends, family and mortal enemies.

The all-new episodes will see the friends embroiled in ever-more mystical escapades on Scream Street, where dastardly tricks, spells and evil plans are just some of their everyday problems, and encountering zombies, vampires, mummies, witches and monsters is the norm.

This time they battle an intruder in the form of a headless wizard, face the unwelcome return of the Brain Catcher, endure a Scream Street plague, and the corrupt Mayor Sir Otto Sneer plots to win the Scream Street dance competition.

Despite knowing that can you buy phentermine online in the uk messing with nature always leads to unfortunate consequences, the intrepid trio are undeterred, especially Resus, who spreads a powerful virus with dangerous side effects in order to win sports day and has a run-in with a mosquito in an attempt to transform into a proper vampire!

The new episodes will be shown on CBBC every weekday at 6pm from the 23rd October 2017, whilst the previous episodes are available to watch now on BBC iPlayer.

Jeremy Banks, Chief Executive, Coolabi Group, comments: “We are over the moon to be launching even more Scream Street episodes on CBBC this year. The hilarious new episodes are packed full of the fast-paced thrilling adventures that has made the show such a success.”