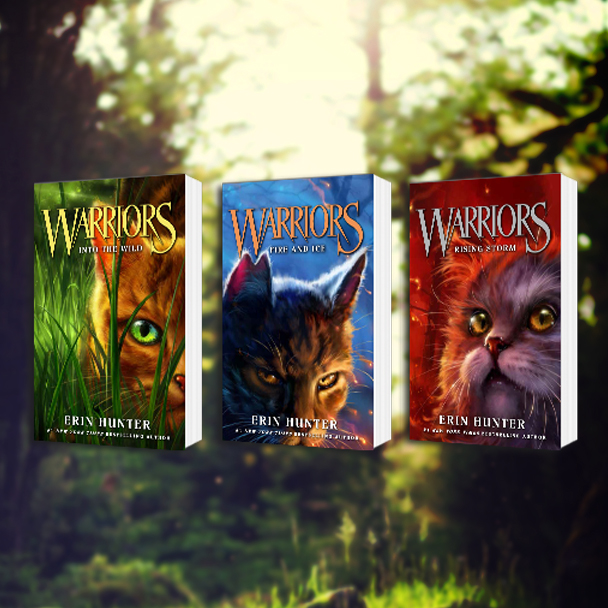 Warriors is a series about four clans of warring feral cats, written by Erin Hunter, a pseudonym for the writing team of Kate Cary, Cherith Baldry and Victoria Holmes. Warriors follows the growth of an intrepid cat named Rusty, who ventures into a mysterious forest where he befriends a group of wild cats. Rusty joins ThunderClan as an apprentice warrior and over an epic saga ultimately transforms into the clan’s leader Firestar.

Warriors was first published by HarperCollins in the USA in 2003, and has since become one of the world’s most popular children’s series, licensed in 35 languages around the world. HarperCollins will also publish a further eight Warriors titles over the next two years.

Warriors has a vast global fan base, and an extraordinary online presence, with over 70 million views of Warriors UGC (user generated content) on YouTube.

Chris Snowdon, Managing Director of Working Partners, said that the emotionally anthropomorphized characters and intricate plots in Warriors have touched so many readers and continue to connect with readers from new generations. “We are delighted to be working with Alibaba Pictures to bring Warriors onto the big screen.”

ZHANG Wei, President of Alibaba Pictures, noted that Warriors is an outstanding novel series with a large fan base around the world. Alibaba Pictures is planning to turn Warriors into a film franchise that will bring to life the spectacular animal and jungle worlds depicted in the novels, using world-leading visual effects.

Working Partners is one of the most famous children’s fiction creators in the United Kingdom which has created over 100 novel series, including Warriors, Rainbow Magic, Beast Quest, etc. Its parent company Coolabi operates businesses spanning the publication of books, television and digital contents.

Alibaba Pictures is an Internet-driven movie and television entertainment powerhouse. The company’s operations integrate the full entertainment value chain, including investment and financing, content sourcing and production, promotion and distribution, as well as cinema services.

Alibaba Pictures has invested in the production of movies such as Ferry Man, Three Lives Three Worlds Ten Miles of Peach Blossom and Ao Jiao Yu Pian Jian. It has also invested in international film projects such as Teenage Mutant Ninja Turtles: Out of the Shadows, Star Trek Beyond, Mission Impossible – Rogue Nation, and REAL starring popular Korean actor Kim Soo Hyun. Alibaba Pictures has also partnered with Skydance Media to finance and produce the WWII-themed feature film Flying Tigers, for which renowned Hollywood screenwriter Randall Wallace is on board write the script. Meanwhile, it has an upcoming TV series and movie Swords of Legends 2.

Alibaba Pictures has launched “Project A” for young filmmakers across the globe, which aims to nurture a new generation of film production talent.

Coolabi Group Limited is a leading, independent, international media group and rights owner specialising in the creation, development and brand management of children’s and family intellectual property rights. All of the group’s intellectual property rights are developed and managed to excite, engage and sustain their appeal to consumers across all media in every major market. The Group has a particular expertise in books, television, digital and licensing. Coolabi owns the rights in over 20 TV series and some 360 half- hours of programming; it has shows airing in more than 140 territories on channels including: ABC, Cartoon Network, CBeebies, CBBC, Clan / TVE, Disney, F5, ITV, Kika, Nickelodeon and Sprout. Brands owned and represented by Coolabi include the Clangers, currently airing in the UK on CBeebies, and Scream Street, currently broadcast on CBBC. Properties also include Beast Quest, Domo, Poppy Cat (la gata Lupe), Purple Ronnie and the Smallfilms’ properties Bagpuss and Ivor the Engine.

Working Partners, a Coolabi Group company, has created over 100 published series, consisting of over 1,000 books, sold in over 40 languages. Working Partners’ books are published all around the world.  They have created some of the most successful series in children’s fiction, including Warriors, Beast Quest, and Rainbow Magic. Working Partners has creative teams in London and New York producing fiction for children and Young Adult.