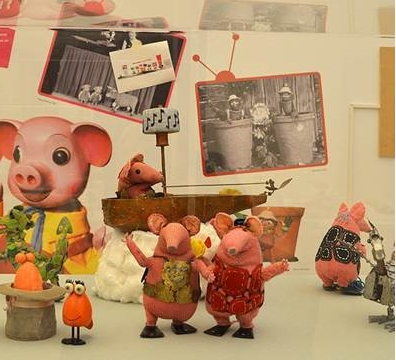 The Lowry arts centre in Salford is holding an exhibition charting the history of BBC children’s TV. The exhibition, titled “Here’s One We Made Earlier”, charts the development of broadcasting for young viewers and listeners since the birth of the BBC’s first children’s programme, Children’s Hour, in 1922.

Prior to making their comeback next year in a brand new series, the original Clangers are making a special visit to the exhibition.  Loveable Bagpuss and his friends Professor Yaffle, Gabriel Croaker and the mice also make an appearance along with many other favourite characters from the same era.

The exhibition runs from now until 12 October 2014.