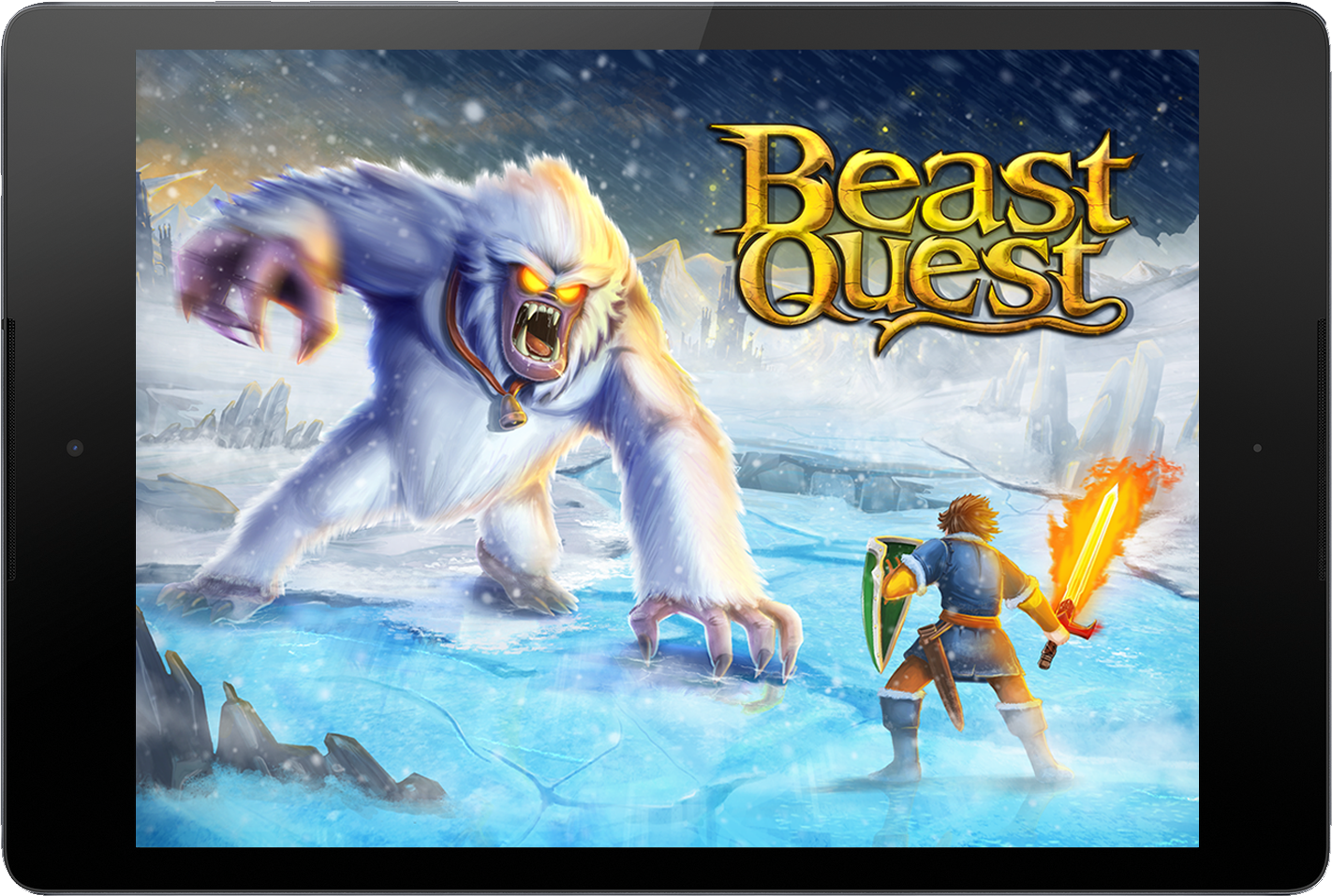 Beast Quest Game is a global HIT – over 2 million downloads

Beast Quest, the hit new role-playing game co-produced by Coolabi Group and Miniclip, with worlds and adventures straight from the pages of the best-selling children’s book series, is taking the gaming world by storm with 2.15 million global downloads to date, since launch on 8th May.

Millions of children and families across the world are enthralled with the game, and are battling hordes of dangerous enemies and taking on the Beasts in huge boss battles, whilst exploring snowy peaks and sandy beaches and seeking out ancient artefacts and lost treasures.

The ground-breaking Beast Quest game is free to download and available globally on iOS, Android and Windows Phone, but it also has the quality look and feel of a console game. It is an open world game with character progression and role-playing game elements, which eventually takes the player through each of the worlds featured in the first six books.

The mobile game is designed to be accessible enough for children to play and understand with their parents, but with enough depth that parents will be hooked and continue to play after the kids have gone to bed. This could be one factor behind the game’s huge popularity, as it extends the brand’s reach into a new demographic, heightening the appeal for older children who have grown up with the Beast Quest books.

The Beast Quest book series, which was launched in July 2007 by Orchard Books, has to date sold 14 million copies globally, and 7 million copies in the UK alone. Miniclip’s brand extension is cross platform storytelling in its purest form, as the brand and writing team worked together with the developer to devise new characters needed for the game, and these characters will now appear in the new series of books.

The Beast Quest books are written with gaming in mind and the pages are filled with quests, challenges and battles, which achieve their aim of encouraging children to read by infusing the subject matter with the elements that they enjoy. The release of the game is having a positive impact across the brand and Ferno, book 1 in the series, jumped over 50,000 places in the Amazon book chart post release.

“It’s been a great journey to bring the Beast Quest series from book to game, working with an incredible IP and collaborating so closely with their creative team,” says Saad Choudri, Miniclip’s Chief Commercial Officer. “The end result is something that breaks new ground for mobile games in this genre, and we’re delighted to see the positive reaction it’s had from everyone who’s played it so far.”

Naomi Dare, Head of Digital at Coolabi Group, comments: “We put our faith in Miniclip to help us bring Beast Quest to life digitally and they have taken it to a whole new level, delivering something above and way beyond our expectations.

“It’s been an amazing experience being involved in every step of the game development, from brainstorming new creatures, and ensuring that the game stays true to the world of Beast Quest without limiting the gameplay. We couldn’t be happier with the results, and the most rewarding part is seeing the fantastic reviews from people all over the world.”