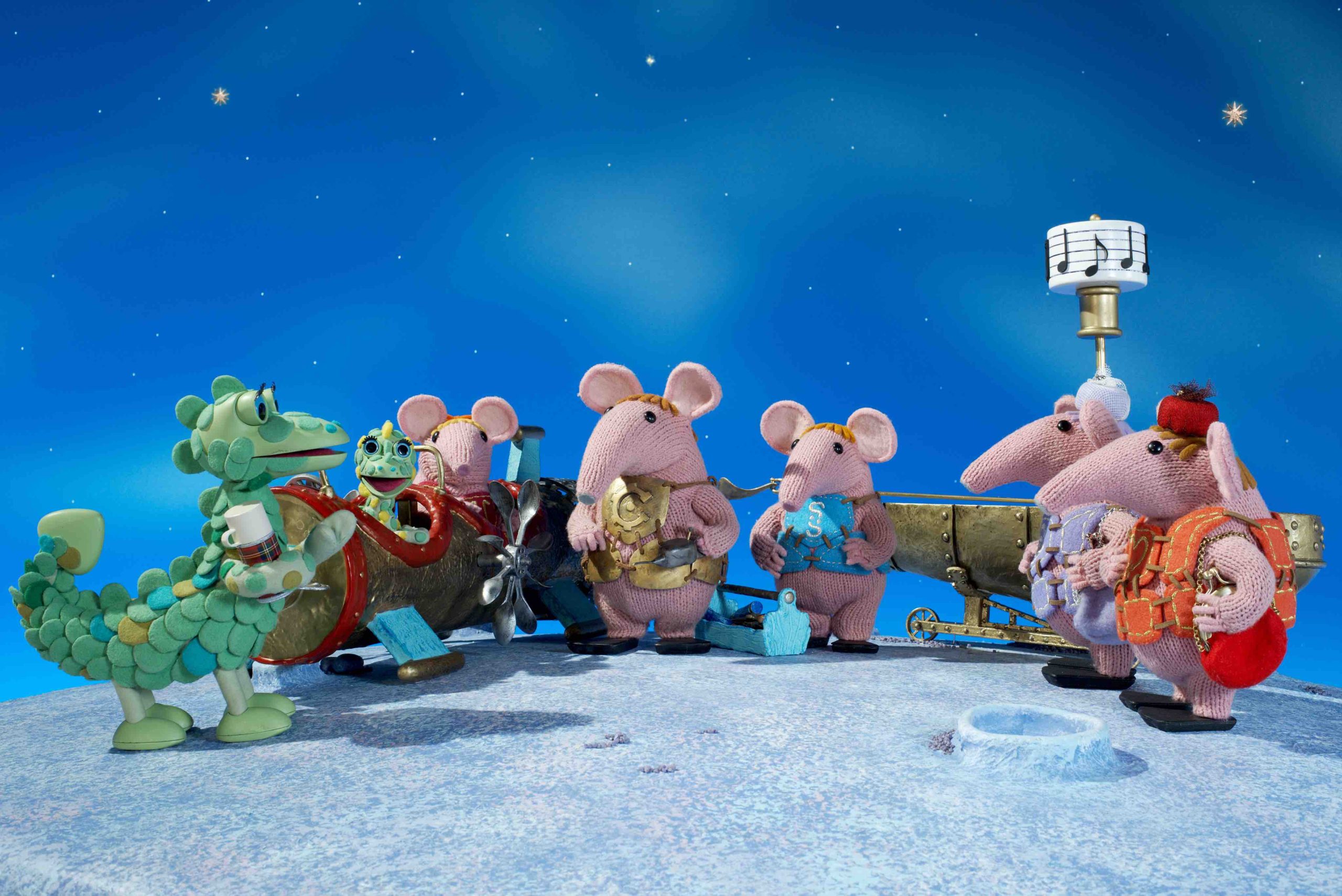 The much anticipated new episodes of the pre-school animation are set to air from Sunday – Thursday at 6pm each week from Sunday 13th May and will conclude the 26 x 11’ second series of Clangers.

Clangers is co-produced by CBeebies, Coolabi Group and Smallfilms with BBC Worldwide for its international channels. BBC Worldwide is also the international distributor for the show.
In the new epsiodes, once again narrated by Michael Palin, Major, Mother, Small, Tiny and Granny Clanger, and their old friends The Iron Chicken, Soup Dragon and Baby Soup Dragon, meet even more new friends and join them on some exciting adventures.

The loveable pink mouse-like creatures continue to explore their little blue planet, stumbling upon new magical objects whilst fishing in the music boat, discovering forgotten tunnels and playing with Froglets and The Hoots. Small and Tiny Clanger even invent their very own memory box to launch into space, but they soon regret putting Tiny’s prized panpipes inside!

Joining the Clangers for the first time will be The Moon Whale, a rare and beautiful giant that none of the Clangers except Granny Clanger has seen before and decide to feed it some fruit from Mother’s garden.

Also making its debut is The Space Tortoise, a friendly colourful creature who likes to sing but soon gets sad when separated from its friends, and The Moo Flower, which the Clangers originally discover as a sticky green pod stuck to a Skymoo’s snout.

No Clangery adventures would be complete without some wild and wonderful inventions from Major Clanger’s Workshop, and the enthusiastic inventors new creations include a “Hello” bubble machine and Chatter Boxes to help the Clangers communicate better, a ‘One Dragon Band’ kit for Baby Soup Dragon to play his own music and a very special Kindness Tree, which encourages the family to exhibit acts of kindness on the planet.

Jeremy Banks, CEO Coolabi Group, comments: “It is always brilliant to deliver new episodes of Clangers for their fans old and new. The show’s appeal is ever-growing and so it’s exciting to share such wonderful new characters and adventures.”

On Sunday 13th May, Coolabi Group celebrates the return of the popular show, which regularly hits the number 1 slot on CBeebies, with a magical BFI Family Funday screening.

Hosted by the BFI, and presented by popular CBeebies presenter, Rebecca Keatley, parents and their pre-schoolers will be treated to a special interactive event and screening at the BFI Southbank.

The event includes an exclusive preview of three of the new episodes, alongside insights into the show, a whistling lesson from series producer (and chief whistler) Dan Maddicott, and not forgetting an appearance from the one and only Tiny Clanger.

Since the new Clangers whistled “hello” on CBeebies in June 2015, the show has been an instant hit with parents, pre-school children and fans of the original series. It has won numerous awards including the 2015 BAFTA for Best Pre-School Animation and Broadcast Best Pre-School Programme.