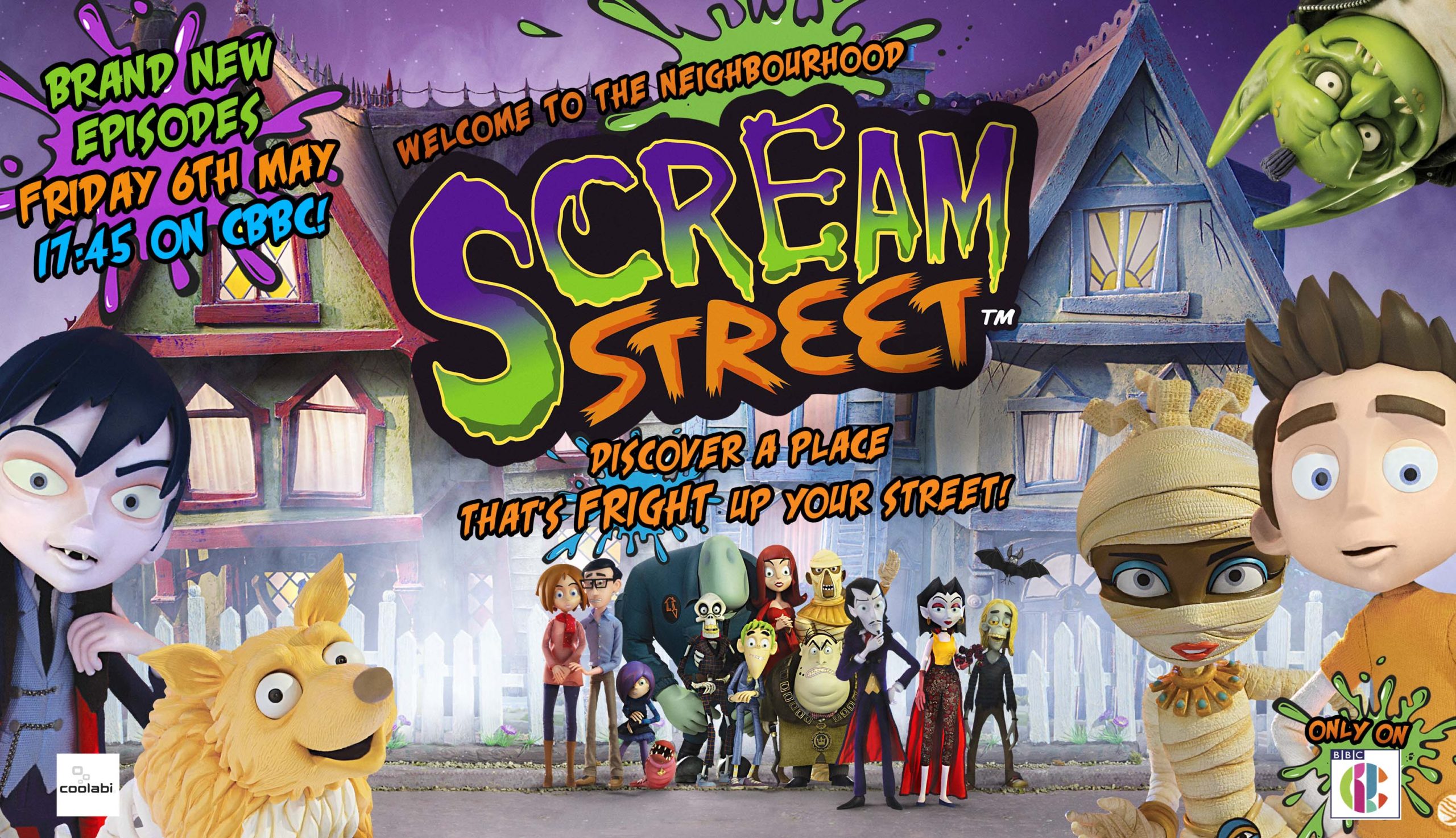 CBBC welcomes Scream Street back to the neighbourhood

This May, CBBC welcomes comedy-horror animation Scream Street back to the neighbourhood with thirteen brand new fast-paced, hilarious episodes following Luke Watson: a regular teen apart from the werewolf gene.

The stylish, scary, stop-motion show, based on the hit book series of the same name by Tommy Donbavand, is packed to the bat-filled rafters with funny, gross-out stories about Luke and his best friends, (almost) vampire Resus and sassy 4,000-year-old mummy Cleo, as they deal with everyday problems in the spooky underworld of Scream Street.

The gang find zombies, vampires, mummies, witches and monsters at every turn and often have to battle to save Scream Street, and themselves – usually from one of Otto’s dastardly plans, or one of their own mishaps!

The all-new episodes see Luke, Resus and Cleo come up against a whole range of new Scream Street horrors, from the homework monster and man-eating pumpkins, to poltergeist bin men and The Brain Catcher. They also meet some new family and friends including Grandfather Negative, and a new girlfriend for Doug, zombie Davina.

Luke, never a fan of following instructions, often leads the friends into some sticky situations. From throwing out the portrait in Eefa’s attic that contains her spell to keep her young and beautiful, to creating a monster when he tears up his homework, the calamities he creates can turn into catastrophes.

Mayor Sir Otto Sneer is up to his old tricks and surpasses himself with his evil schemes. When the poltergeist bin men go on strike, Otto dumps toxic waste in a bottomless pit, with huge consequences for Doug’s pet worm Wilfred, and when he launches his new burger joint, Otto Burger, he uses an unusual ingredient that looks suspiciously like rat’s tails – bringing on some very strange symptoms in his customers.

Jeremy Banks, Chief Executive, Coolabi Group, comments: “There was an incredible response when we launched Scream Street in October, so we’re very excited to show this new set of thirteen episodes, which are packed full of the funny stories and scary twists and turns that have made the series so popular.”