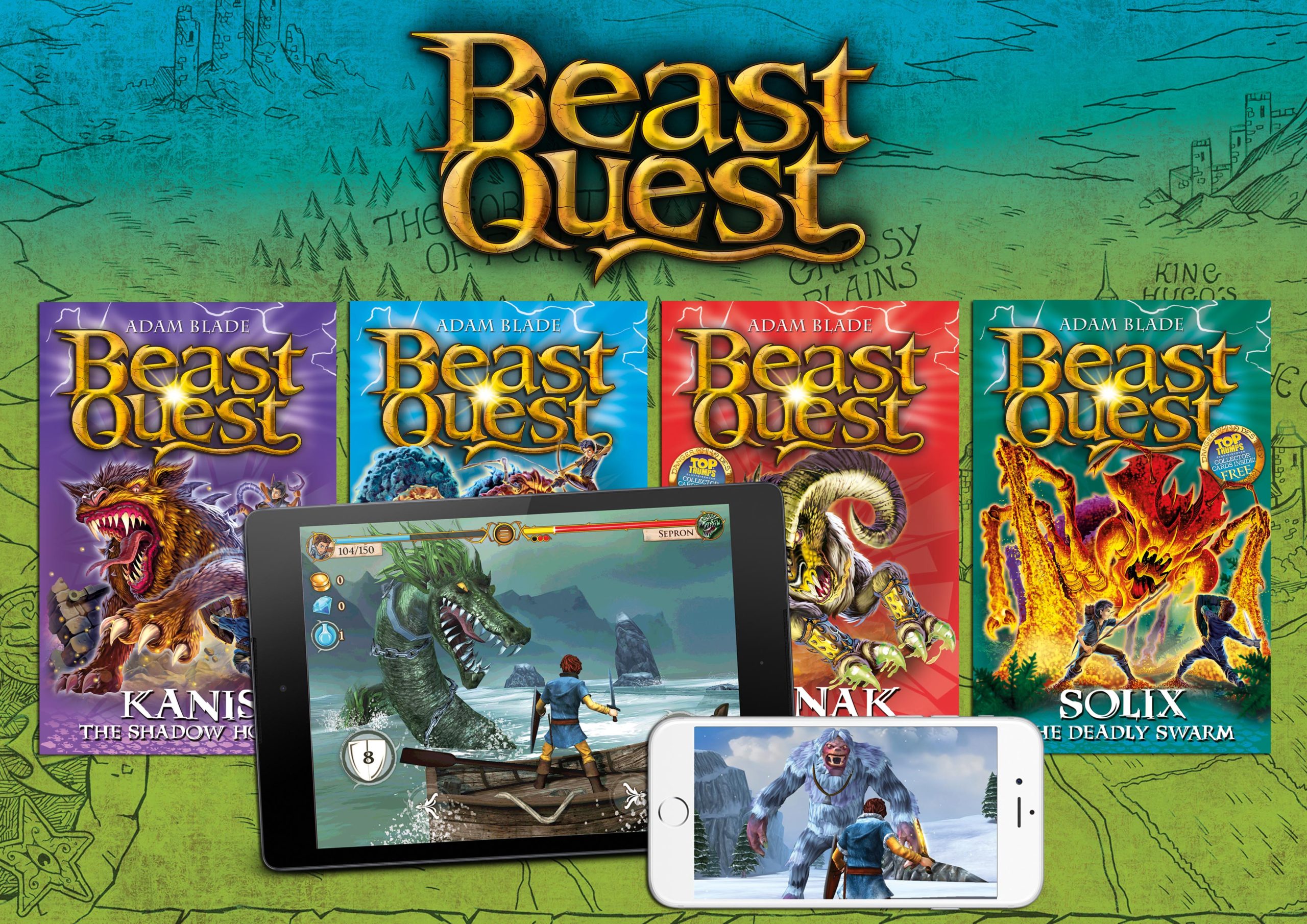 Germany is one of the top three publishing markets for the Beast Quest book series, where it is published by Loewe. Gorian Consumer Products has been appointed to represent Beast Quest licensing in Germany, Switzerland, Austria and Benelux.

Founded in 2003 by Markus Pottgiesser, Gorian Consumer Products is an established European agency with extensive expertise in the fields of brand development, licensing and retail activation. Gorian successfully represents properties across a wide range of sectors including Entertainment, Publishing, Fashion, Industries and Toys.

Markus Pottgiesser, Managing Director, Gorian Consumer Products, comments: “With Beast Quest, we are excited to have the opportunity to represent a unique fantasy theme with huge potential. Based on the brand’s strengths in publishing and app gaming, Gorian has the perfect foundation to build and develop a promising consumer products programme to boost this unique brand and take it to the next level in the key European markets.”

Fée Heyer, Senior Licensing Manager, Coolabi comments: “We are very pleased to welcome Markus and the Gorian team to the world of Beast Quest, with its strong story arch, cool Beasts, vast book series and gaming app. They plan to take full advantage of the game’s success and the work done to date by Loewe, which together constitute an excellent base to build from.”

Christoph Gondrom, Publisher at Loewe, comments: “We are delighted that Beast Quest has become such a success over the last nine years. The 44 titles published so far have really resonated with readers hungry for fantasy and action. The fan mail we receive shows the books are also a hit amongst parents. The characters and the plot are so rich that it makes this book property an evergreen brand.”

Gorian Consumer Products joins MJA in France and Maurizio Distefano’s Evolution of Licensing in Italy, both appointed earlier this year.

The app is top-rated for its quality look and console- game feel and, as a result, has just become one of the iTunes store’s Premium games at a price point of £1.49. This development means every gamer will now be able to open all of the Beast Quest worlds with just a handful of gems, earned by playing the game and defeating the beasts of Avantia.

Building on its growing brand recognition, Beast Quest is one of the main sponsors of epic gaming event Legends of Gaming Live 2016, taking place in London from 10th-11th September. The Legends of Gaming YouTube channel has over 800K subscribers and is live streamed globally.

Guests to Legends of Gaming Live will have the chance to demo the game in a dedicated Beast Quest area, and top YouTubers will be playing the game at the event.