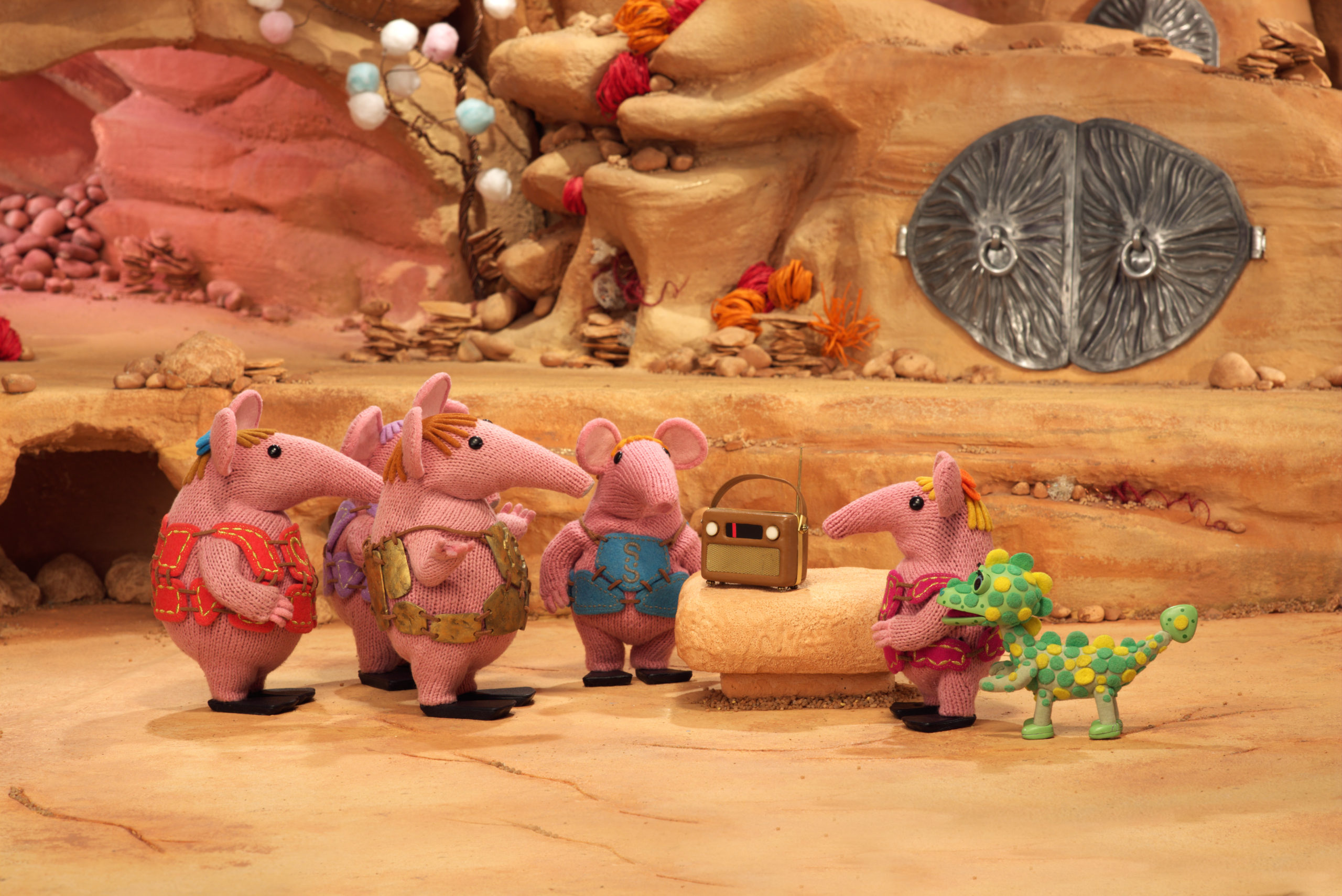 CBeebies Radio is a daily web-based radio station for pre-schoolers which offers a range of rich and diverse content introducing its young audience to a world of sounds, music and voices that can help develop children’s listening and imagination. CBeebies Radio is a place where children can join in and share adventures in the company of their favourite CBeebies friends.  CBeebies Radio is also available on the BBC iPlayer Radio App daily from 6am-10pm.

Clangers launches its new radio format on the platform from Friday 30th June and will air weekly throughout the summer until Friday 1st September.

The Clangers team has adapted the original TV episodes for CBeebies Radio by re-recording dialogue from narrator Michael Palin, to further tell the Clangers story, as they communicate through their instantly recognisable whistles on the airwaves and carry out daily acts of kindness on their little blue planet.

The Clangers are joined by the Soup Dragon, Iron Chicken and many more friends on their adventures and missions, including the hunt for Tiny’s Music Tree notes, Major Clanger’s soup and knitting inventions, the discovery of a mysterious tunnel and visiting flying Froglets on Granny Clanger’s birthday.

Jeremy Banks, CEO Coolabi comments: “We are delighted to take Clangers into a new format with CBeebies Radio. It works extremely well as the show has incredibly talented scriptwriters, and of course the show’s narrator Michael Palin is such a wonderful storyteller who truly brings all the action to life.”

Johnny V Leagas, Executive Producer, CBeebies Radio said “I am delighted that we have been able to welcome Clangers to CBeebies Radio.  This series is an opportunity for children to experience the wonder of life on the little blue planet as an audio offering. We hope that we can encourage little listeners to bring these beautiful stories to life using the power of their own imaginations. The production was very smooth and collaborative with special thanks to Dan Maddicott, Series Producer and the Coolabi team.”

Families can listen to the Clangers on CBeebies Radio via the CBeebies website and on the BBC iPlayer Radio app.

Clangers is an internationally renowned pre-school stop motion-animation featuring a family of loveable, pink, mouse-like creatures who communicate in whistles and eat soup from their little blue planet’s soup wells.

The show, originally created by Peter Firmin and Oliver Postgate, first made its debut on BBC Television in 1969, and returned to CBeebies to huge fanfare in June 2015 with a brand new, multi-award winning series of 52 x 11 episodes featuring Mother, Major, Tiny, Small and Granny Clanger, which quickly became one of CBeebies’ top rating shows. There is a new series in production for 2017.

The new Clanger series’ have all the magical, surreal, gentle, melodic elements of the original show and transforms it into an even more vivid, vibrant, technically improved production. The show uses the same stop-motion animation techniques as the original but with improved technology and a larger team. It is narrated by Michael Palin in the UK and William Shatner in the US.

In 2015, Clangers won the BAFTA and Broadcast Awards for best pre-school animation. In addition, Clangers won the Kidscreen Best Animation in Creative Talent Award, plus the 2016 Voice of The Listener and Viewer (VLV) award for excellence in broadcasting, the 2016 Pulcinella Award for best pre-school animation, and the 2016 Bulldog Televisual Children’s Award.

In December 2016, Coolabi launched creative brand campaign, #ClangersForKindness, which generated exceptional consumer reach and engagement. The campaign’s brand communication integrated TV and radio advertising, YouTube, PR, sponsorship, social and blogger interaction.  To date, over 10,000 kindness wishes have been made and the #ClangersForKindness hashtag has had a reach of two million.