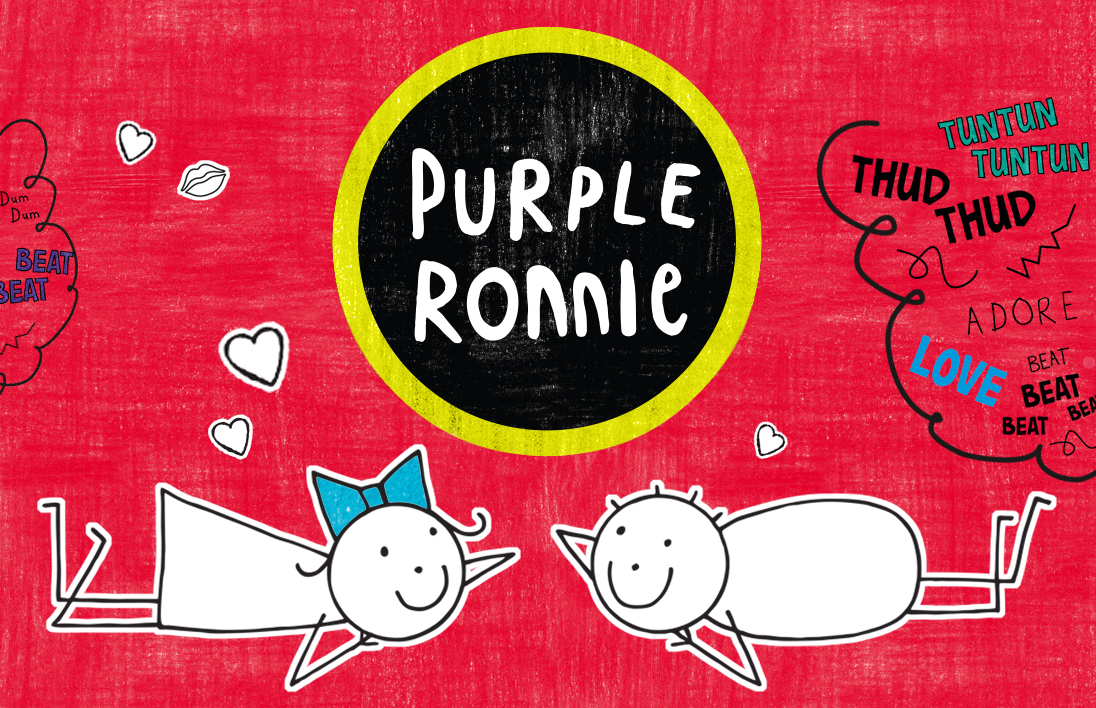 Purple Ronnie is one of the UK’s leading social expression brands with a strong heritage and cross-generational following. Fun, quirky and a little irreverent, the brand delivers observational humour with a light-hearted touch.

In the 30 years since its inception, Purple Ronnie has achieved sales of over 100 million pounds in the UK, including 2.5 million books and over 65 million greetings cards sold to date.

Purple Ronnie has a strong online presence with animated short videos featuring on its YouTube channel and topical ‘doodles’ are created weekly specifically for social media.

Landmark has over 25 years’ experience representing international companies including Disney and Pixar, and has an enviable track record of creating highly effective marketing and promotional campaigns for international and domestic brands, in the retail space in Japan.

Valerie Fry, Director of Licensing at Coolabi comments “Purple Ronnie is an iconic property and we are delighted to be working with Landmark on the brand’s Japanese licensing, following our successful partnership with Poppy Cat in the same territory.”

Debuting at License Expo Japan, 26 – 28th April 2017, Landmark will also be showing Poppy Cat which it already represents on behalf of Coolabi Group.

The group, made up of Coolabi and Working Partners, has particular expertise in television, digital and books.

Coolabi owns the rights in over 20 TV series and some 373 half- hours of programming; it has shows which have aired in more than 140 territories on channels including: ABC, Cartoon Network, CBeebies, CBBC, Clan / TVE, Disney, F5, ITV, Kika, Netflix, Nickelodeon and Sprout.

Brands owned and/or represented by Coolabi include the multi-award-winning remake of Clangers, which airs on CBeebies, and Scream Street, shown on CBBC. Other properties include Beast Quest, Poppy Cat, Purple Ronnie and the Smallfilms properties Bagpuss and Ivor the Engine.

Brand extensions include the Beast Quest gaming app, co-produced with Miniclip for iOS, Android and Windows Phone which has achieved over 8.5 million global downloads.

The group also creates original series fiction for publishers and has created some 100 published series, consisting of over 1,000 books, sold in more than 40 languages. Four of these series, Warriors, Beast Quest, Animal Ark and Rainbow Magic have sold over ten million copies each.

Coolabi Group has reached an agreement with Alibaba Pictures Group Limited for the film rights for Warriors. Alibaba Pictures intends to develop Warriors into a world-class fantasy movie which has David Heyman (Harry Potter) as producer.  The Warriors book series has sold more than 30 million copies worldwide.