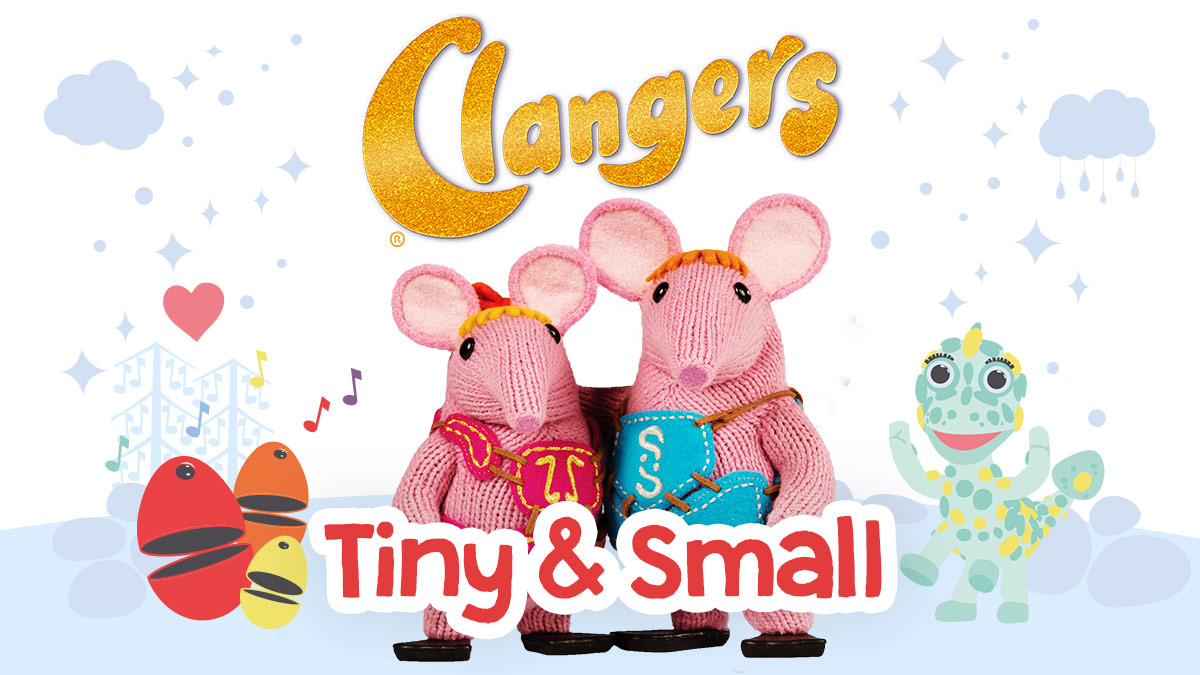 Independent international media group and rights owner, Coolabi Group has today announced a series of creative brand extensions, which will be aimed at families with preschool children, for the award-winning preschool property, Clangers.

Announcements include a license deal with Gulliver’s Theme Park Resorts, new episodes launching on CBeebies UK and YouTube Kids, a new creative direction and brand-new YouTube series focused on the youngest members of the Clangers family, Tiny and Small.

A new Clangers licensing partnership with Gulliver’s Theme Park Resorts is a live experience aimed at families with pre-school children launching this February half term. The partnership features a 15-minute live Clangers stage show with Tiny and Small Clanger, and will also include special hotel and birthday packages, where little ones will be able to enjoy an intimate show plus meet and greet photo opportunities. The partnership will run across four locations throughout the year.

Brand new episodes of the BAFTA winning show Clangers will air on CBeebies in March and will conclude Series 3. Narrated once again by Sir Michael Palin, the new 8 x 11’ episodes will follow the Clangers on a whole host of new experiences and adventures.

The stop-motion animation series of Clangers is also continuing its global expansion on YouTube, by bringing even more episodes to YouTube Kids in the US. The first 10 x 11’ episodes of Series 3 launched this buy valium on ebay week on the streaming service.

The recently launched YouTube series The Tiny and Small Clanger Show, which has accumulated over 500k views so far, uses hand puppetry and is produced by Wildbrain Spark and Coolabi Productions. Available to watch now on the Clangers official YouTube channel, the short-form series follows Tiny and Small as they embark on lots of educational adventures together from learning about recycling and nursery rhymes, to finding out more about music, shapes and counting.

Available for licensees, the new creative direction, Tiny & Small Dreams will feature a unisex palette on a clean white base, with pops of colour, flat character art, stitching detail and applique details. The range will be launching on the Clangers official store this quarter.

Director of Content at Coolabi Group, Michael Dee said: “We are absolutely thrilled to be starting the new year with some brand new Clangers episodes on CBeebies and also celebrating our core pre-school family audience by focusing on the youngest members of the Clangers family, Tiny and Small, with a series of creative new brand extensions including live experiences and licensed apparel.

“YouTube is an essential platform for content creators to reach preschoolers. The Tiny and Small Show is full of educational messages, songs and adventure, and we are confident that it will resonate and be embraced by little Clangers fans across the globe.”