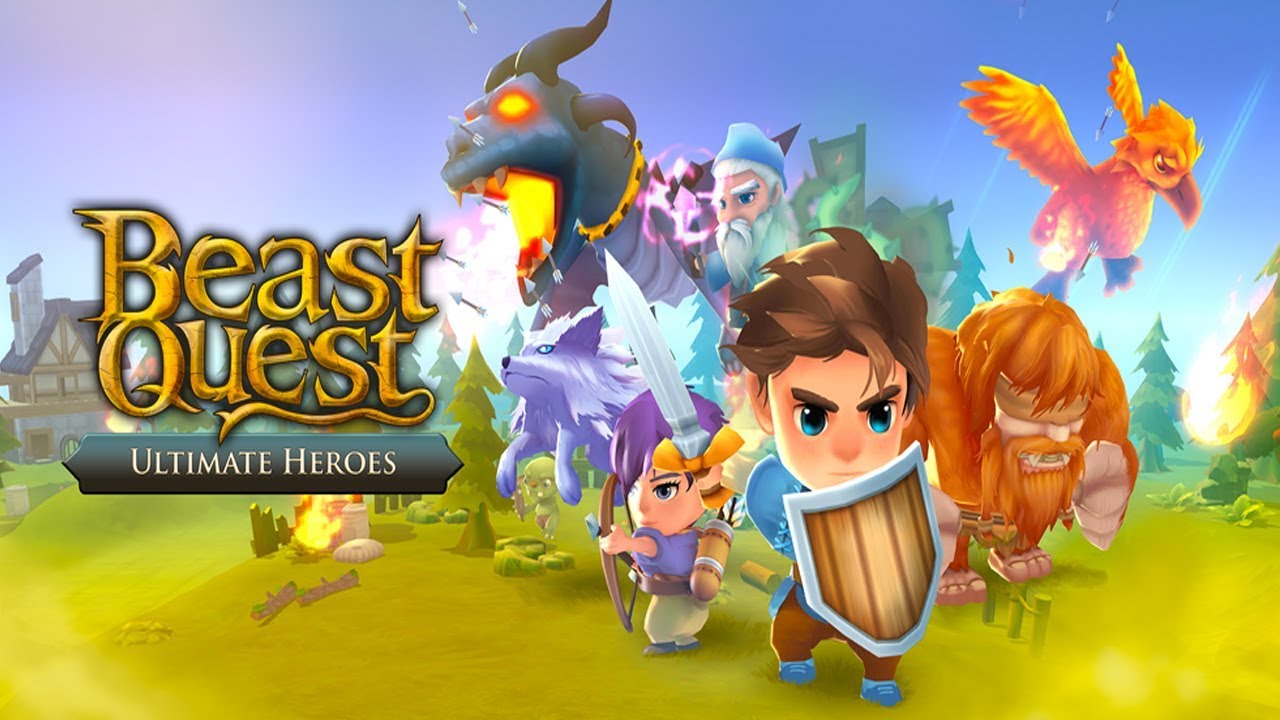 Coolabi Group has today announced the release of Beast Quest Ultimate Heroes, a brand new fantasy mobile game which is based on the best-selling Beast Quest book series and launches globally this week on the iOS App Store and Google Play.

In Beast Quest Ultimate Heroes, an evil wizard has enslaved the magical Beasts of Avantia, the fantasy land of Beast Quest. Players must control Tom, the son of the legendary Taladon the Swift, as well as other heroes and Beasts to defend Avantia, defeat evil hordes of enemies, and ultimately free the enslaved Beasts from evil’s thrall.

Co-developed by Coolabi Group and Animoca Brands, Beast Quest Ultimate Heroes is a free to play game with optional in-app purchases and features 13 types of tower defence cards that players can use to defend against the enemy hordes, 8 individually controlled heroes to unlock and level up, and 20 items with which to equip Tom.

Beast Quest Ultimate Heroes has 60 levels of gameplay, with more content to be added in future updates.

On the new release, Director of Digital, Naomi Dare at Coolabi Group said: “It’s been fantastic working alongside the team at Animoca Brands to develop this new and exciting mobile game. We are so excited for fans new and old across the world to be able to play this action-packed new game which brings a new 3D style to the Beast Quest universe and characters.”

Yat Siu, Co-founder and Chairman of Animoca Brands commended: “It was a privilege to co-develop Beast Quest Ultimate Heroes with Coolabi – Beast Quest is a powerful and attractive brand, and we hope that fans of the franchise enjoy our challenging action strategy gameplay.”

Beast Quest is a best-selling series of children’s fantasy and adventure novels, particularly popular with boys aged seven years and older. The books have sold over 20 million copies globally across 150 titles and have been translated into over 30 languages.

The first Beast Quest mobile game launched in 2015 and has over 17 million downloads. This award-winning game continues to see over 200,000 monthly active users and its sustained level of popularity is a driving factor in this next mobile game development.

Beast Quest Ultimate Heroes is available to download globally from 5th May and was featured for pre-registration before launch on the iOS App Store, Google Play, and Samsung Galaxy Store in numerous territories including the US and China.