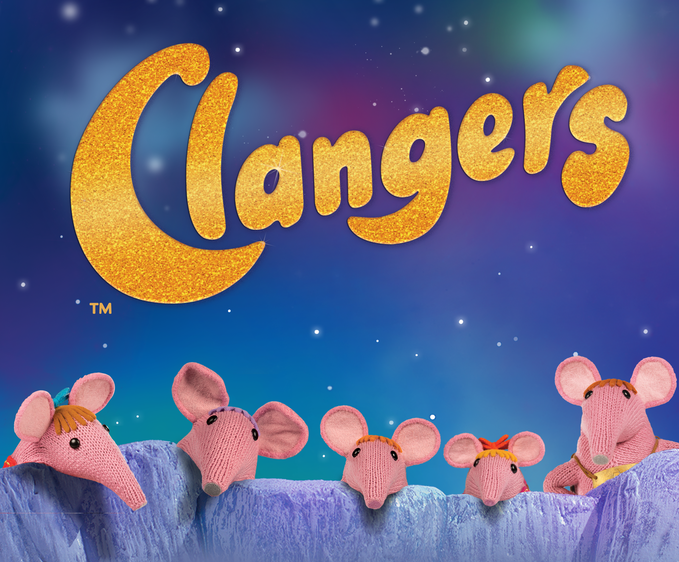 Coolabi Group has signed a licensing agreement with Ravensburger to develop a new range of pre-school puzzles and games including board games, dominoes and card games based on the new Clangers series. The deal will see products on shelf in time for Christmas 2015.

The 52 x 11’ stop-motion animation is set to launch in the UK on CBeebies in Spring 2015. It is a contemporary version of the iconic British television show, which first aired on the BBC in 1969.

Valerie Fry, Director of Sales, Coolabi, says, “There is so much momentum behind the Clangers brand. We are seeing huge excitement in the licensing community and this agreement with Ravensburger represents the latest in a series of deals for this pre-school property.  The inventive nature of the series lends itself well to puzzles and games, and we are proud to be working with Ravensburger on Clangers.”

Tim Hall, Managing Director, Ravensburger, adds, “We are delighted to be working together with Coolabi on the wonderful Clangers brand. We are very confident that the fabulous new animation will captivate a huge new audience and we can develop some superb puzzles and games to entertain the young Clangers fans.”

The Clangers are a family of pink, long-nosed, inventive and loveable mouse-shaped creatures who communicate with distinctive whistles and live on a small blue planet, out in the starry stretches of space, not far from Earth. The narrator comments on the thrilling and often hilarious events which occur in every episode. The cast of characters consists of Major, Mother, Small (a boy), Tiny (a girl) and Granny. Other favourites returning to the new version are the Soup Dragon, the Iron Chicken, the Sky Moos, the Glow Buzzers and the mischievous Froglets. These and many other peculiar creatures, create a warm and harmonious world of fun, imagination, exploration and invention.