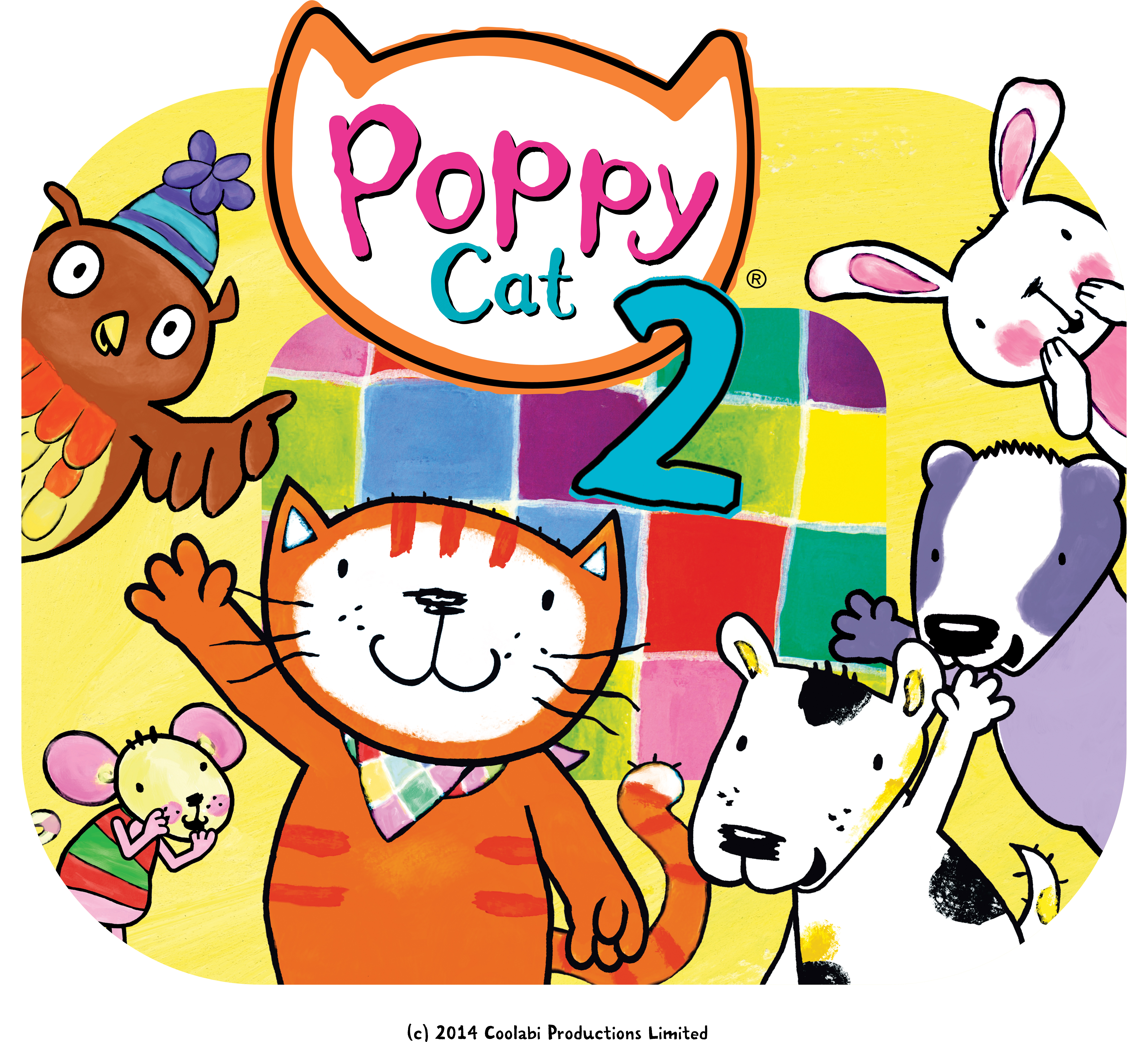 Season Two Debuts with All New Episodes and a Mini-Marathon on Saturday, October 25

Following on the heels of its hit debut season, Poppy Cat, the colorful and adventure-filled preschool series on Sprout, based on the international award-winning books by British author Lara Jones,is set to premiere its second big season with all new episodes. The series premieres with a mini-marathon airing from 1:00 pm – 3:00 pm on Saturday, October 25 and then begins its regular schedule on the network that same evening, with episodes slated to air seven days a week at 7:00 pm.  The series also airs Saturday mornings on the NBC Kids block, which is programmed by Sprout.

With a theme of Making Everyday Adventures Extraordinary, Poppy Cat is a celebration of imaginative play, as the series encourages preschoolers to use their imaginations to solve problems and discover the world around them.  Seen through the eyes of Poppy’s young owner, a little girl named Lara, each Poppy Cat episode tells the tale of a very special cat, her colorful band of friends and their extraordinary travels through fantastical lands in airplanes, pirate ships, hot air balloons and rockets. As young viewers watch the show, they see themselves in the characters and are inspired to create their own adventures.

“We’re delighted to return to Sprout for our new season,” said Jeremy Banks, Chief Executive of Coolabi Group, the international media group and rights owner that produces the series. “The most compelling characteristics woven into every Poppy Cat episode — imaginative play, creativity and adventure – are clearly resonating with both children and parents.”

“We’ve experienced a tremendous response for Poppy Cat and we’re thrilled to share the next adventures of this lovable character and her band of friends with all our Sprout viewers,” said Andrew Beecham, senior vice president of programming at Sprout.

The Poppy Cat experience goes beyond the books and television series to create a completely immersive, interactive experience for kids.  Coolabi is active in the app and gaming space and recently collaborated with StoryToys, a leading publisher of interactive books and games for children, to release Poppy Cat and the Bubble Volcano, a 3D pop-up activity app.

Additional apps are in development, including a Spanish language teaching app, Poppy Cat Goes to the Market, which is being created with animation studio Cosmic Forces. In this interactive game, which will include six levels of play, Poppy Cat and friends will teach young fans basic Spanish vocabulary as they shop in the market for a picnic outing.

Poppy Cat is wearable too! Merch Makers Inc., which specializes in licensed apparel for entertainment properties, will be releasing several Poppy Cat t-shirt designs in toddler sizes.  The shirts will be available in the US beginning this fall, through multiple online channels, including Amazon.com.

Poppy Cat is represented for licensing in the US by Firefly Brand Management.

Poppy Catairs in more than 140 territories worldwide. Poppy Cat reaches nearly 10 million viewers on an average quarterly basis, and was a Top 10 show for kids 2-5.

Coolabi is a leading independent, international media group and rights owner specializing in the creation, development and brand management of children’s and family intellectual property rights.  The group, made up of Coolabi and Working Partners, has a particular expertise in the media of publishing, television and digital.  Brands owned and represented by Coolabi include Poppy Cat, Purple Ronnie, Beast Quest and Smallfilms’ trio of properties Bagpuss, Clangers and Ivor the Engine.

Sprout is the first 24-hour preschool destination available on TV, on demand and online for children ages 2-6 and their parents and caregivers. Available in over 55 million homes with programming structured to follow the day of the child from morning to night, Sprout features original programming, including Astroblast and The Chica Show, a library of gold standard series, including Caillou and Sesame Street, and U.S. exclusives including Lazytown and Tree Fu Tom. Sprout’s hosted programming blocks, including The Sunny Side Up Show and The Good Night Show, serve as tools to guide parents as they help children prepare for their days and nights with activities, user generated content, stories, and more. Viewers are encouraged to submit artwork, birthday wishes, videos and more through SproutOnline.com, which has received over five million viewer interactions to date. Sprout’s VOD offering is the #1 on demand service for younger children with over 1.6 billion views. Headquartered in New York, Sprout was fully acquired by NBCUniversal Cable Entertainment in November 2013. For more information, please visit SproutOnline.com.

Note to Editors: The Poppy Cat Cast of Characters

The second season of Poppy Cat will be highlighted by the return of all of the favorite characters kids have grown to know and love, including:

Poppy Cat is a capable, endearing, and determined orange tabby cat.  An adventurer, dreamer, and devoted friend. Poppy Cat’s heroic gusto and unquenchable curiosity propel each adventure for her and her friends, often leading to unexpected experiences and discoveries.

Zuzu is a ball of pure energy. If it has wheels, Zuzu will fall off it; if it floats, he will sink with it. Even though his falls, tumbles and spills are extreme and dramatic, Zuzu always laughs them off. Zuzu is competitive, loud, and practically fearless. He’s also impulsive, cool and always the first to laugh at a joke.

Mo is a fastidious, overly cautious, tightly wound ball of nervous energy. Every day, Mo is invariably squashed, stretched or squeezed by a speeding Zuzu, completely by accident, of course. Despite Mo’s apprehension about Zuzu’s inevitable clumsiness, the little mouse

looks up to Zuzu like a big brother and envies his bravery.

Alma is charming, melodramatic, and excitable. She often arrives at Poppy’s

breathless and worked up about a situation, though in the face of danger, she can be quite

blithe — she is a loyal, affectionate friend who loves jewelry, the color pink and picnics.

Stout and adenoidal, Egbert is desperate to be part of the group, although only by his rules.  Rather than accept their invitation to play, Egbert is always “too busy” to attend…but he always meets the group again later in their adventure. There, he will insert himself into their journey, costumed as a ridiculous antagonist of his own invention, complete with handmade props. His nerdy, eccentric energy elicits groans from everyone but Poppy, who magnanimously invites Egbert along on their adventures.

A hat-wearing adult of indeterminate age, Owl considers himself an expert on almost

everything, knowledge that he has gleaned from books or his travels. Though he has

Owl likes the finer things in life: a soft coconut-leaf nest, a cup of hot chocolate, and a quick nap whenever he can catch one.