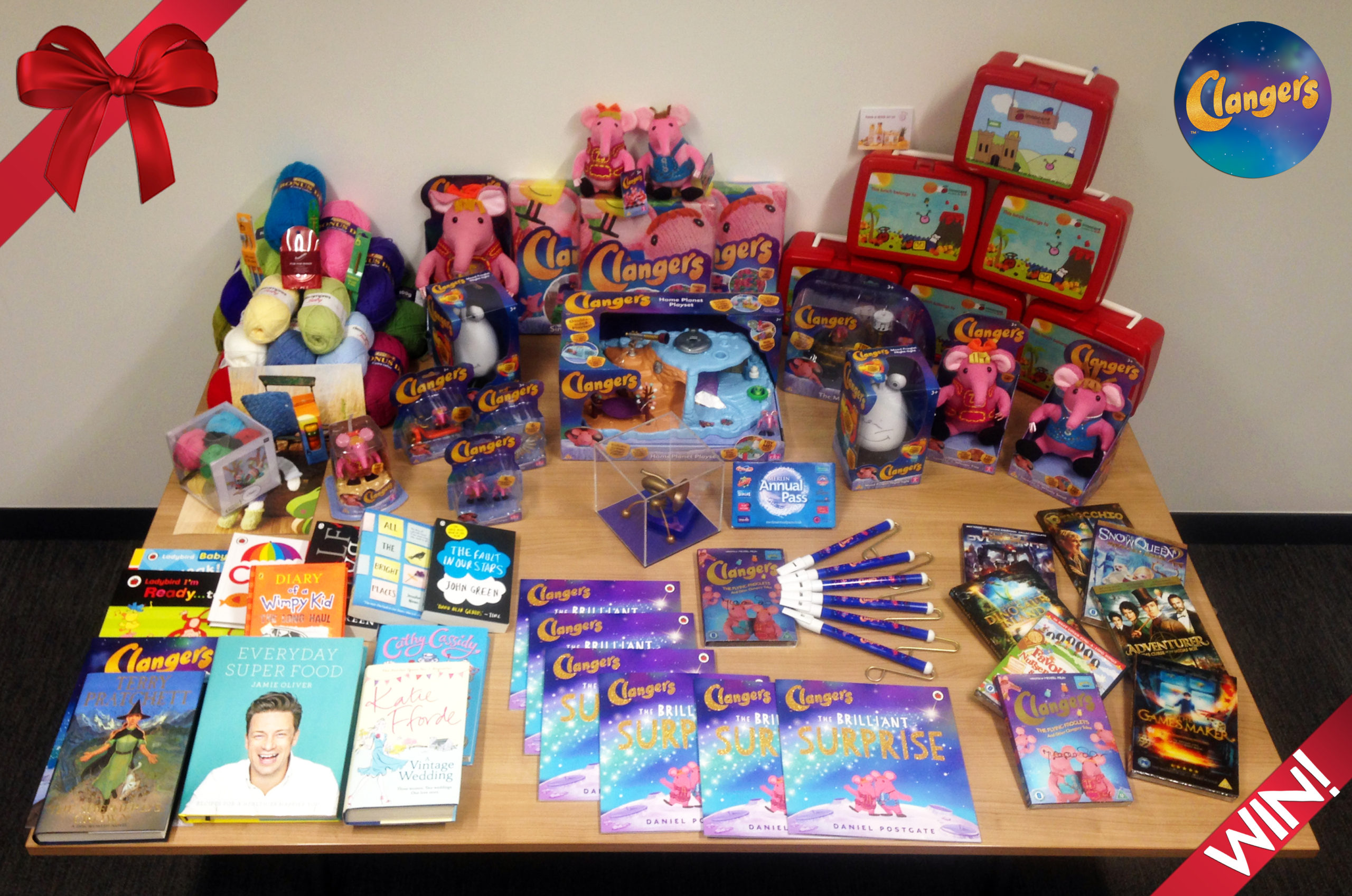 The festive campaign hosted on Facebook and promoted across Twitter, Pinterest and Clangers.com, ties in with the release of The Brilliant Surprise book by Penguin and launches in the lead up to Christmas from 1st December 2015.

Every day for twelve days, Clangers fans will have a chance to win a range of new merchandise from licensees including Signature Entertainment DVDs (signed by the show’s narrator Michael Palin), a bundle of Clangers toys from Character Options and Duvet sets from Dreamtex Ltd.

Coolabi has also worked with partners to offer the chance to win a Merlin Family Annual Pass or a family set of Innocent Smoothies lunch boxes and vouchers. In addition, as rights owners of the brand Coolabi have the unique opportunity to offer the money can’t buy prize of a ‘Hoot’ prop used in the making of the new Clangers TV series, which launched on CBeebies in June 2015.

The competition has been designed to maximise engagement and create excitement amongst consumers.   Valerie Fry, Director of Licensing, Coolabi comments;  “To have 19 licensees signed for Clangers after launching the programme just five months ago is incredible and we are delighted to be launching the 12 Days of Brilliant Surprises across our digital platforms.”

Clangers launched on the UK’s CBeebies and US 24-hour pre-school network, Sprout, immediately hitting can you buy carisoprodol online number 1 in the UK’s top children’s programmes. Clangers ranked as the best-performing children’s program on all channels for the first half of 2015, despite having only launched in June! The excitement continues with a very special TV episode of the Clangers showing on BBC this Christmas!

Brands owned and represented by Coolabi include the much-anticipated remake of Clangers, currently airing on CBeebies, and Scream Street, currently in production for broadcast on CBBC. Other properties include Beast Quest, Domo, Poppy Cat, Purple Ronnie and the Smallfilms’ properties Bagpuss and Ivor the Engine.