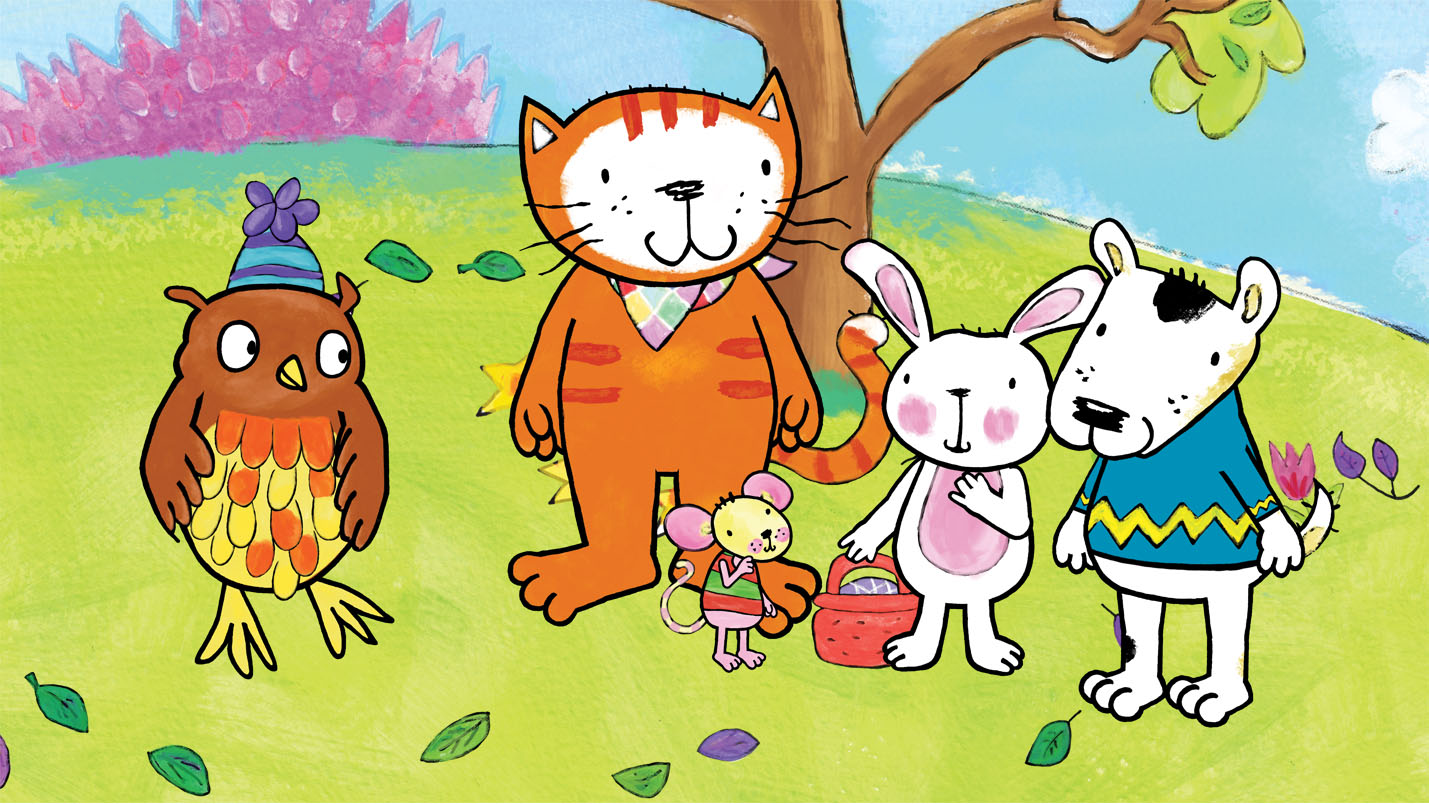 Poppy Cat joins Milkshake! as part of its brand refresh and ‘All New Week’ on Channel 5, airing on Saturday 29th and Sunday 30th July at 6.10am, and then at 6am daily. It will also feature on the first-ever Milkshake! YouTube channel.

“Readers around the world have loved the Poppy Cat books and we are sure that the series will be welcomed warmly by our viewers,” said Sarah Muller, Head of Children’s Channel 5. “Poppy Cat is a show dedicated to play and imagination and is a perfect addition to Milkshake!”

Co-produced by Coolabi and King Rollo Films, Poppy Cat is based on the international best-selling series of award-winning books by British illustrator and writer Lara Jones. The book series, published by Pan Macmillian, has sold 2.5 million copies world-wide.

Poppy Cat has become a world-wide pre-school favourite and has broadcast in 140 territories, including Sprout (NBC Universal) and Netflix in US, Nick Jr. in the UK, as Poppy Katz on KiKA in Germany and as la gata Lupe on Clan in Spain.

“Making Everyday Play An Adventure”, Poppy Cat encourages pre-schoolers to use their imaginations to solve problems, discover the world around them and have fun.

Watch Poppy Cat on Channel 5’s Milkshake! daily at 6am from 31st July.

Channel 5’s Milkshake is home to some of the world’s favourite preschool characters.  There is a range of stimulating and engaging programmes that include strong story led animation, genuine documentaries for pre-schoolers and presenter led high quality musical entertainment.  2016 saw Milkshake! achieve its strongest year to date amongst Children, 4-9s, HWKs and HWKs 0-3. Milkshake! was the number one breakfast destination (6-9am) for Children and 4-9s in 2016. Channel 5 broadcasts 24 hours of children’s programmes every week.  Milkshake is on air from 0600 – 0915 every weekday and 0600 – 10.00 on Saturday and Sunday.  For further information visit www.milkshake.tv

Channel 5 launched as Britain’s fifth public service channel in March 1997 and has been owned by Viacom International Media Networks since September 2014.  Channel 5, 5STAR, 5USA and Spike reach 4 in 5 of the UK viewing public each month with a broad mix of popular content for all the family across entertainment, documentaries, sport, drama from the UK and US, films, reality, comedy, children’s and news.  My5 is a new service allowing viewers to watch content online for free from Channel 5, 5STAR, 5USA, and Spike.

Poppy Cat is based on the international best-selling series of award-winning books by British illustrator and writer Lara Jones. The series, published by Pan Macmillian, has sold 2.5 million copies world-wide.

With a theme of making everyday play an adventure, Poppy Cat encourages pre-schoolers to use their imaginations to solve problems and discover the world around them.

Seen through the eyes of Poppy’s young owner, Lara, each Poppy Cat episode tells the tale of a very special cat, her colourful band of friends and their extraordinary travels through fantastical lands in airplanes, pirate ships, hot air balloons and rockets. As young viewers watch the show, they see themselves in the characters and are inspired to create their own adventures.

The series, co-produced by Coolabi and King Rollo Films has aired in over 140 territories, including Sprout (NBC Universal) and Netflix in the US, Nick Jr in the UK, as la gata Lupe on Clan in Spain and as Poppy Katz on KiKA in Germany.