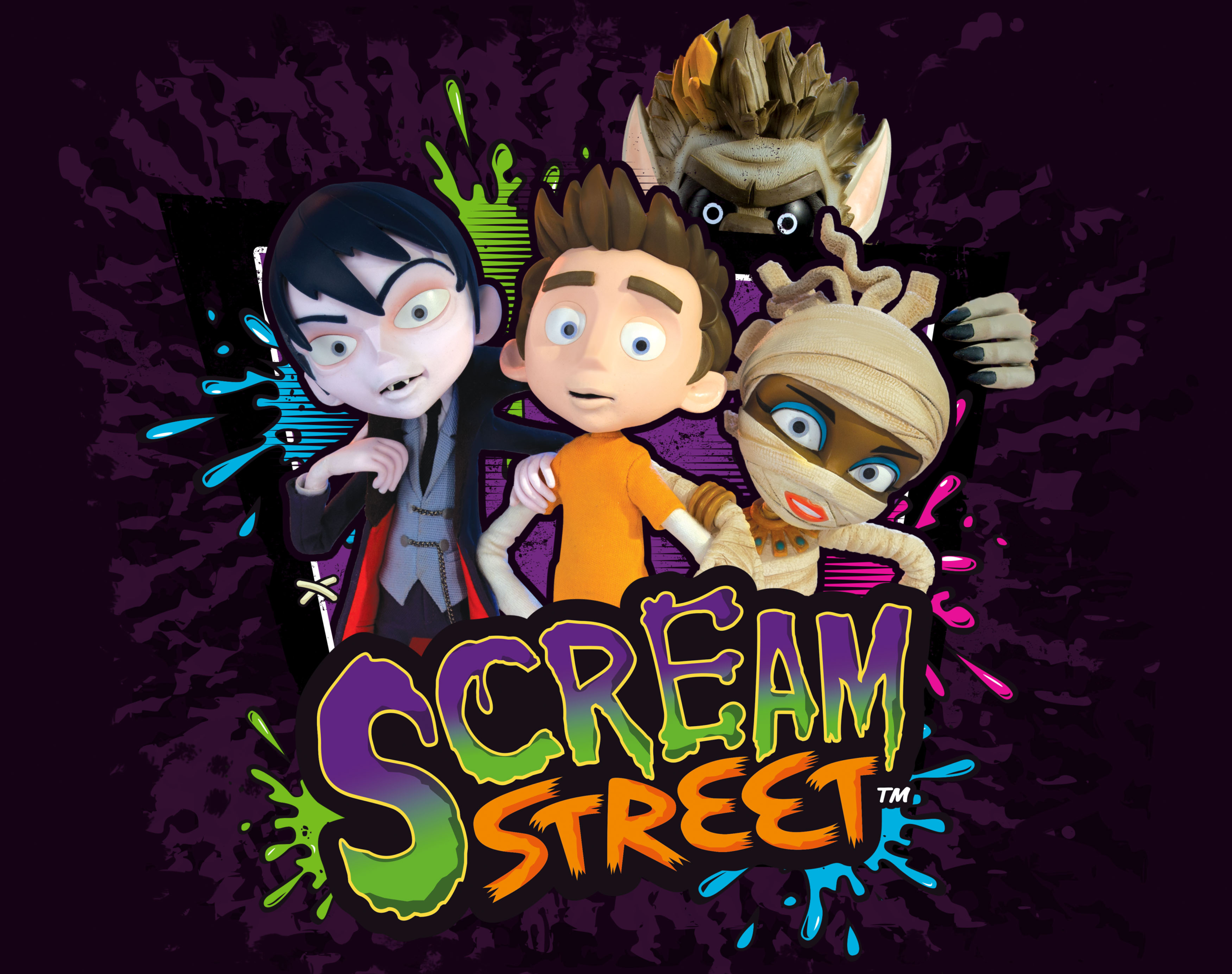 12th October 2016. Children in Latin America will have the chance to follow the adventures of mischievous teenage werewolf Luke Watson thanks to a deal signed by ZDF Enterprises and Discovery Kids Latin America to bring animation series Scream Street (52×11’) to the region’s screens.The Discovery Communications network has bought the Latin American pay TV and streaming-video-on-demand rights for the series.

Based on the successful children’s books of the same name by award-winning British author Tommy Donbavand, Scream Street follows the adventures of Luke, a normal teenager in all respects but one: his habit of turning into a werewolf when he gets angry, especially when an injustice is being done to his group of friends. When the Government Housing of Unusual Life forms agency (G.H.O.U.L.) finds out, Luke and his family are moved to a new home in Scream Street, a place populated by a cast of hilariously horrifying characters including mummies, vampires, witches and zombies.

“Discovery Kids viewers will have one more reason to celebrate Halloween this order phentermine 37.5 mg tablets year with the launch if this new and exciting TV series based on the popular collection of comedy horror novels for children,” said Flavio Medeiros, Director of Programming and Acquisitions for Discovery Kids Latin America “This scarily funny show is different from anything we have had in the network before, and we are sure it will be equally enjoyed by young and adults audiences.”

Fred Burcksen, ZDF Enterprises’ Executive VP and COO: “We are thrilled to see this fantastic production go to the Discovery Network, with whom we have partnered in so many areas for such a long time.”

Scream Street is filmed in ground-breaking stop-motion which really has moved animation forward in terms of quality for a television series, especially for children 6 to 12 years. The series is produced by Coolabi, a top independent international media group specializing in children’s and family programs.

The show will broadcast on Discovery Kids throughout Latin America in Spanish and Portuguese and also be available on demand starting this month.